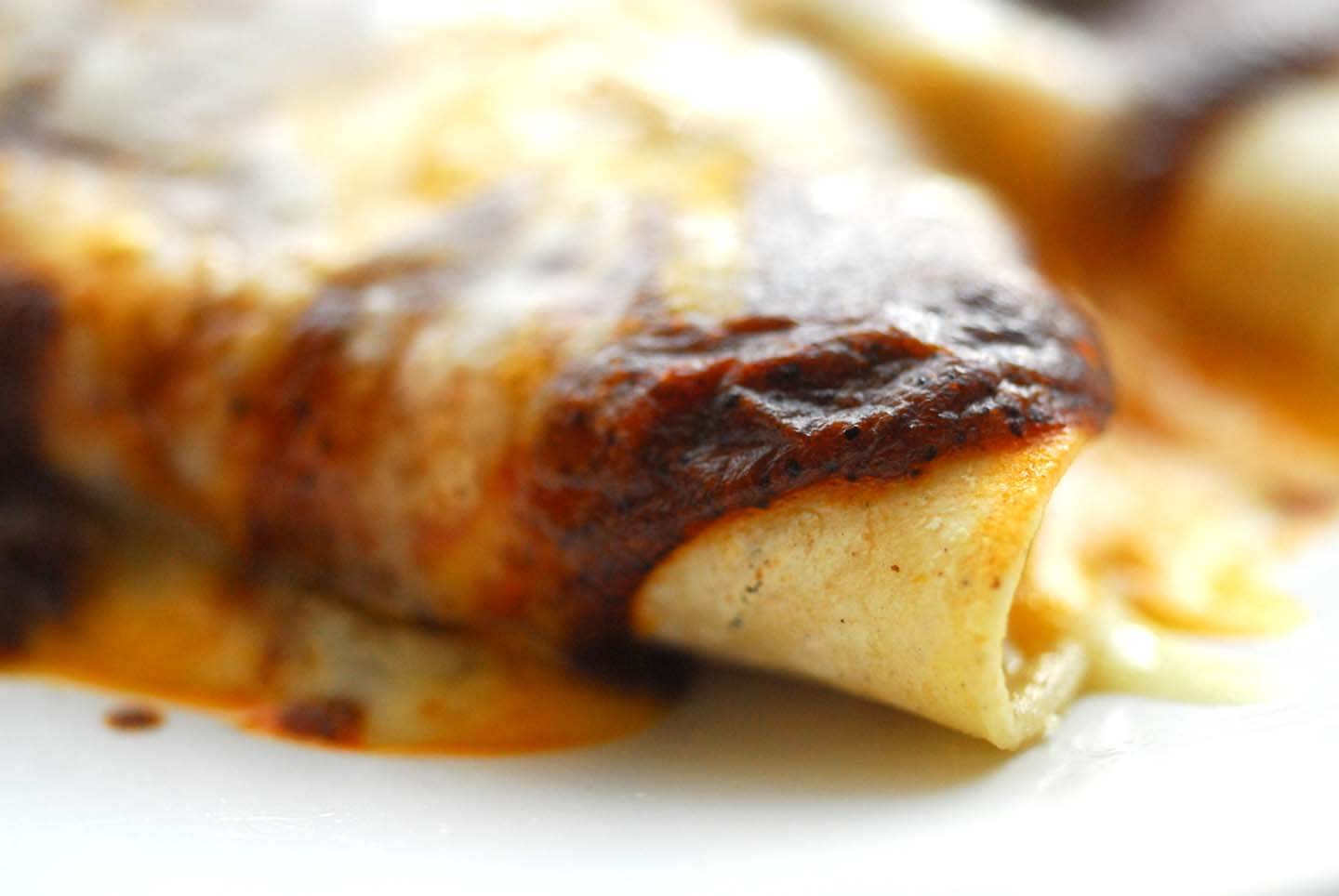 Tex-Mex is not Mexican food. That’s right, even though most of the restaurants you see all over Texas say that they’re Mexican, they’re not. But that’s OK. When Diana Kennedy bellyached that the food Texans were cooking was an abomination of her beloved la cocina Mexicana, Texans replied, “You’re right. Tex-Mex is a cuisine of its own!”

As much respect I have for Kennedy’s work, she was rather draconian in her assessment on what was happening north of the border. I won’t begin to outline the differences between Tex-Mex and Mexican food because quite frankly, there are more similarities than differences. And as Tex-Mex is practically a youngster in the grand scheme of world cuisines (it’s only been around for about 150 years), it’s still evolving.

Many traditional Mexican ingredients, such as epazote, huitlacoche, prickly pear, jicama and yes, even cilantro were absent on your classic Tex-Mex menu—which was a brown feast of tamales, tacos, enchiladas and queso, sandwiched between mountains of rice and beans. But today, many restaurants are going beyond the basics and including more of these authentic Mexican flavors. Squash blossom quesadillas? Of course! Chicken in mole verde de pepita? Why not? 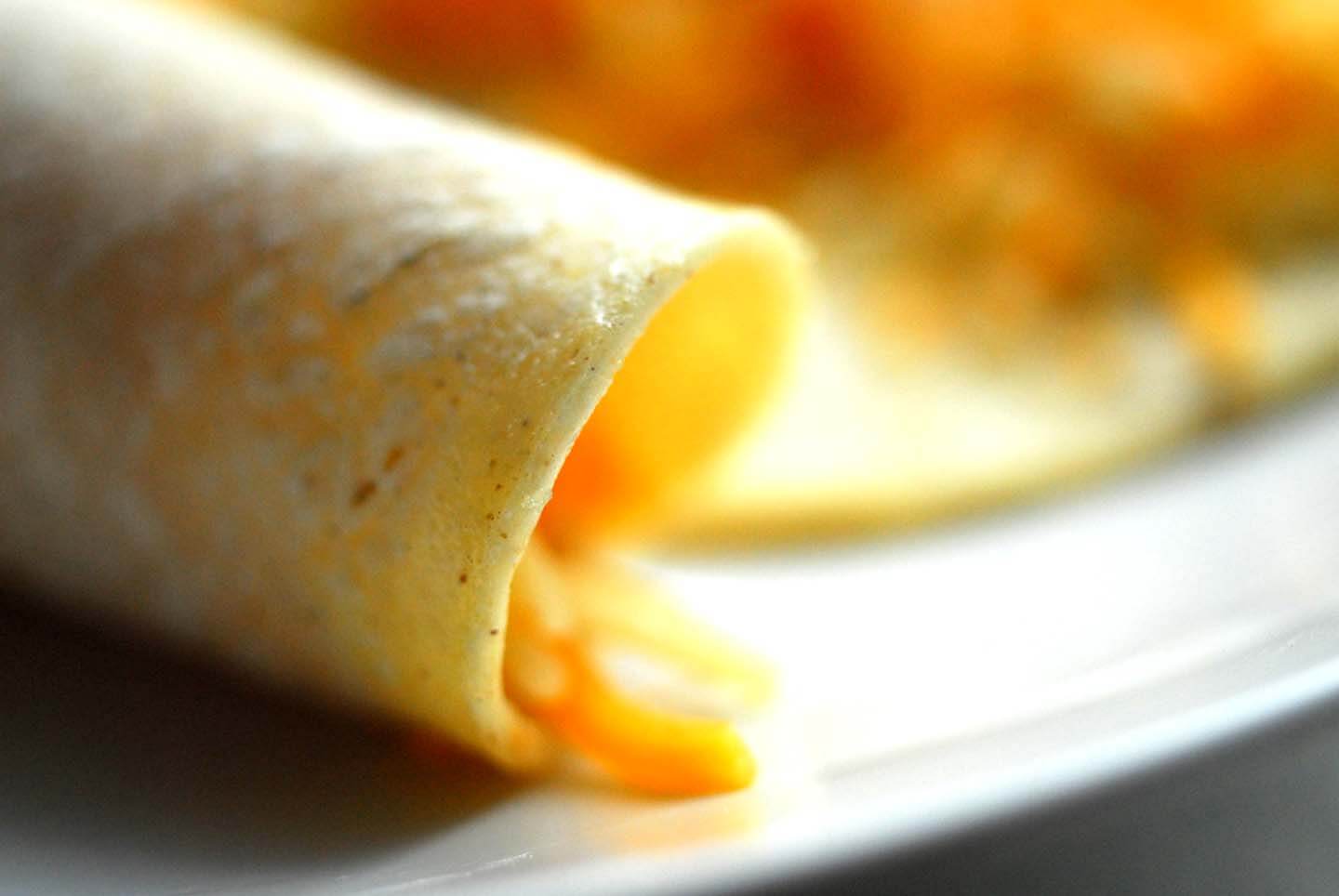 What makes these enchiladas so special? It’s the chili gravy, a Tex-Mex classic and said by Robb Walsh, the expert on all things Tex-Mex, to be the essence of the cuisine itself. (And if you don’t have Walsh’s definitive tome on the subject, The Tex Mex Cookbook: A History in Recipes and Photos, buy it now—it’s a must-have for all homesick Texans or fans of Texan cooking.)

Chili gravy is a mash-up between flour-based gravy and Mexican chile sauce. It’s a smooth and silky substance, redolent with earthy cumin, smoky chiles and pungent garlic. It’s not fiery, as it was originally created by Anglos, but it does have flavor. And there’s no meat in chili gravy—it’s just fat, flour, chicken broth and spices. 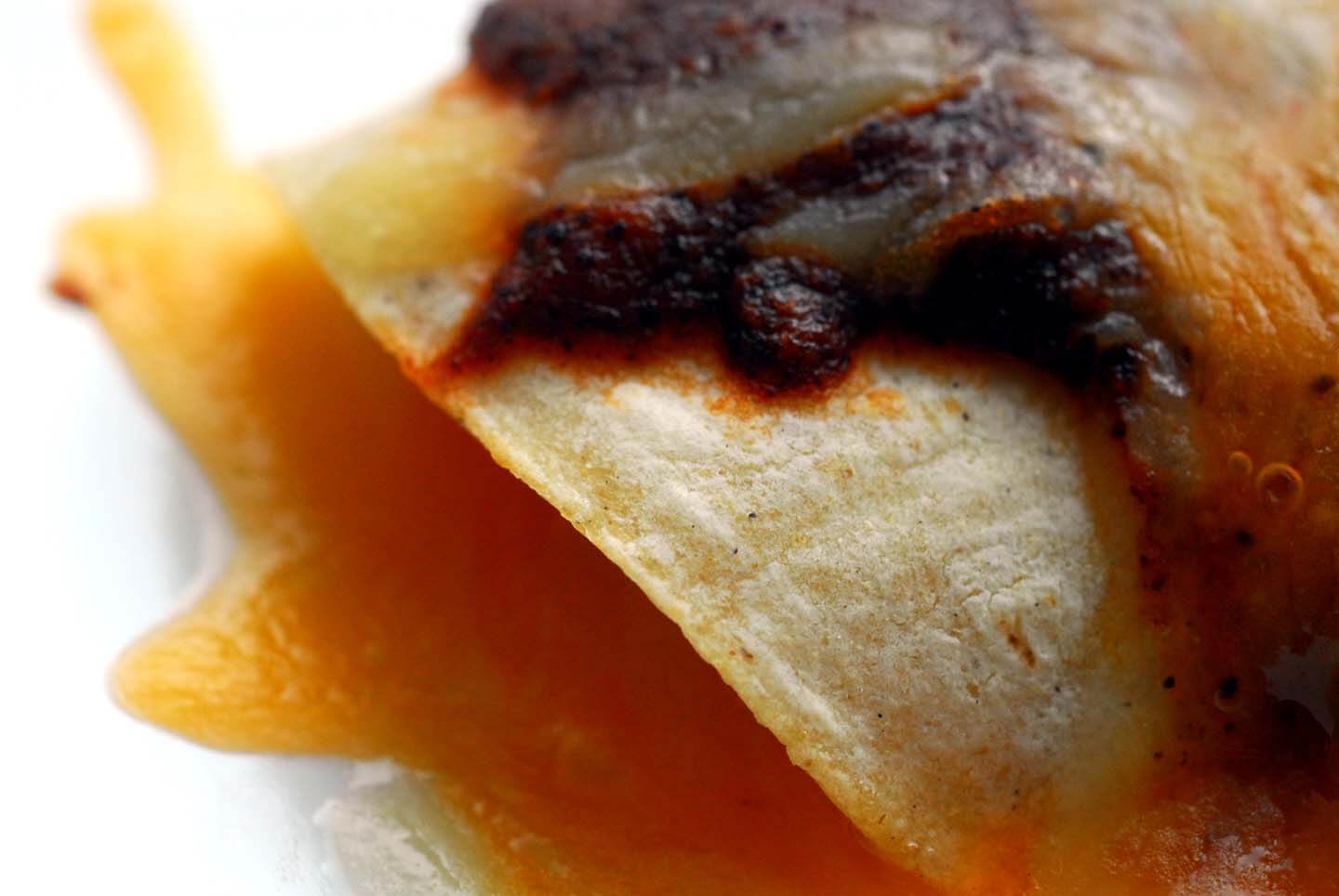 If you eat Tex-Mex outside of the state, the lack of this chili gravy is what makes the food taste wrong. It took me a long time to crack the Tex-Mex code, but when I found this recipe and made it for the first time, it was an epiphany: this was the flavor I’d been searching for.

On these cold, bitter days, sometimes you just want to eat comfortable food, something to make you feel warm and cozy. And if macaroni and cheese or grilled cheese sandwiches are you usual comforts of choice, why not give these a try? They’re cheesy, not too spicy and taste of Texas. Sure, you may have had cheese enchiladas, but unless you had them in Texas, they probably didn’t taste like these.