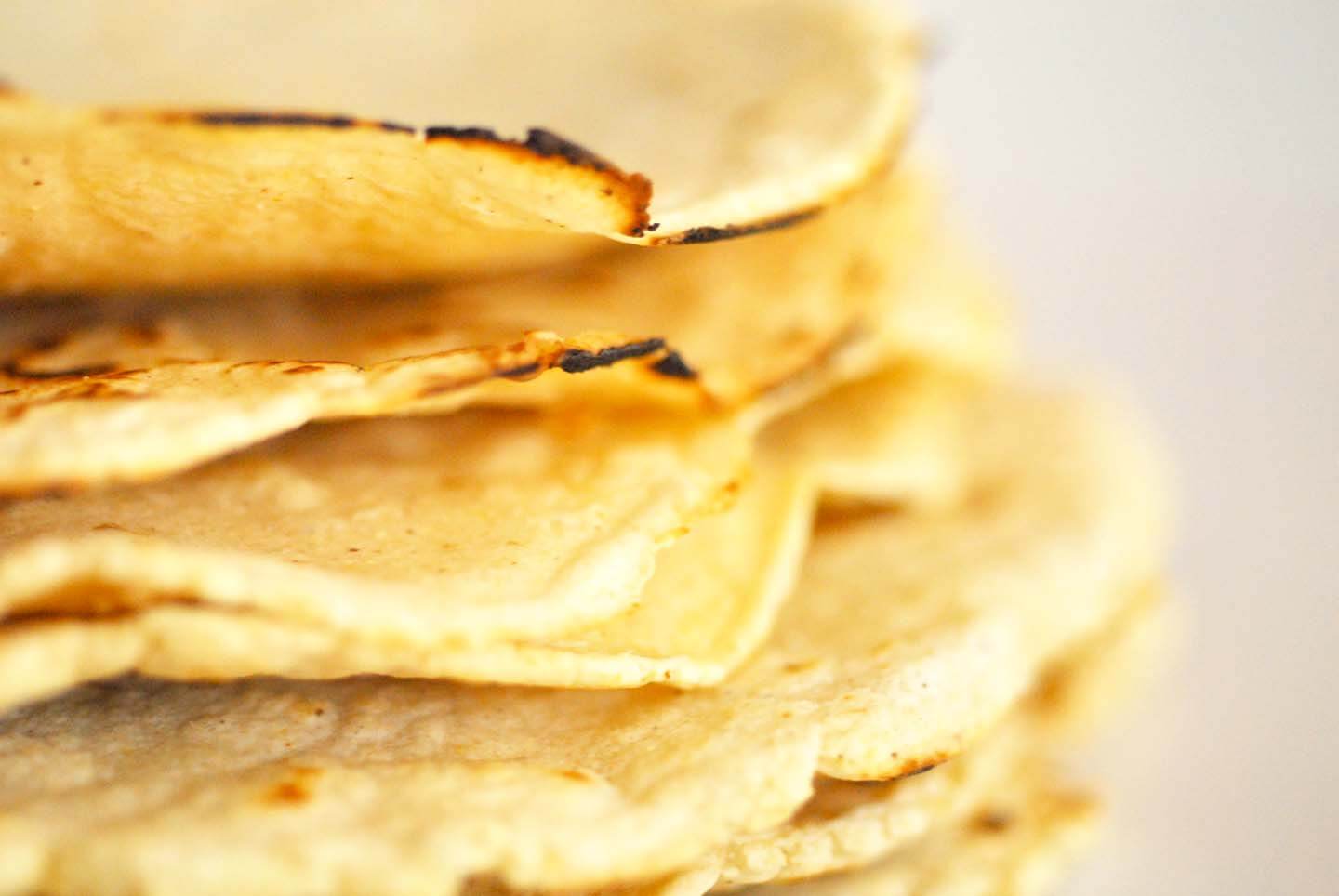 I forgot I had a tortilla press. When I was recently riffling through my cabinet on the hunt for an errant springform pan, I came across it buried under a pile of Chinese delivery menus and a rolling mat. There it sat—dusty, rusty and unloved. I felt so unappreciative, especially as my tortilla press had been a gift from my mother.

When I lived in Iowa in the early ’90s, the only flour tortillas I could find were at the health-food co-op, and they were the color and texture of cardboard, heavy with grains and just way too nutritious for me. I wanted fluffy, thick white-flour tortillas that came spotted with brown specks from the comal, still warm in the bag they were so fresh. But that wasn’t happening, so I realized I needed to take matters in my own hands and learn how to make flour tortillas at home.

After doing much research, I settled on a recipe from Diana Kennedy. I don’t know if it was my inadequacies or her directions, but something wasn’t right. Working with the dough was like pulling elastic—I’d roll it out and just when I thought I’d formed a perfect tortilla, it would snap back to where I had started.

I don’t know much about chemistry, but a friend suggested the proportion of fat to flour was incorrect. So I tested the dough with different types and measurements of fat in an attempt to achieve the perfect blend. But to little avail, the flour tortillas I tried to make were nothing like they should be. When I told my mom what I was doing, she said, “I hope you don’t die in your apartment. Someone will find you and think you expired because of all those tubs of shortening and lard in your kitchen.” Well, I didn’t die. And since I kept on living despite the copious intake of pig and vegetable-oil fat, she said she would send me her tortilla press to help me along with my cooking adventure.

Her offer was a sweet gesture. But a tortilla press is used for making corn tortillas and back then I was all about flour tortillas. And by the time her gift arrived, not only had I grown tired of trying to replicate those airy, white-flour tortillas from home, but she had also included several packages of my favorite flat bread in my care package: my needs were met. I treated the flour tortillas she sent like gold, and while they were precious, I was satisfied. So my tortilla press (which had been used by my mom when I was a kid to make amazing homemade corn tortillas) spent the past 14 years languishing in multiple kitchen cabinets in three different states. Until yesterday. 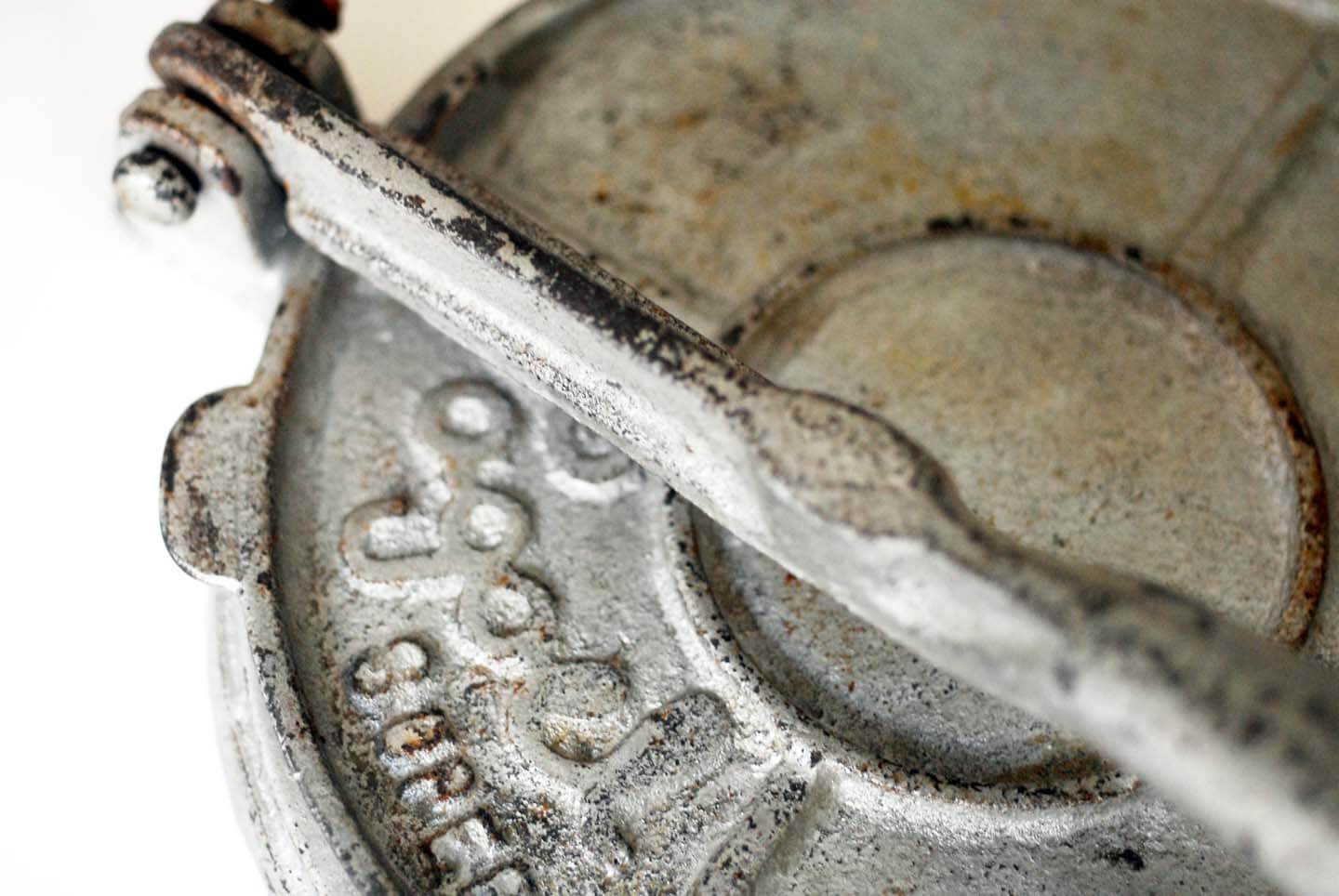 I’m fortunate that in New York, Whole Foods sells decent flour tortillas—thick, fluffy and delicious—I don’t have to mess with making them from scratch for a quick fix. But the corn tortillas found here are another story. They’re plentiful, yes, but they are the rubbery variety that comes stacked in perfect 30-count cylinders, completely devoid of any human touch. They have no soul.

I’ve been getting into the flavors of corn tortillas lately—there’s nothing quite like a hot corn tortilla spread with a pat of butter and a dash of salt. It’s the perfect snack. Not to mention how well corn tortillas wrap around a variety of fillings such as beans, pork, chicken and beef. When I found my forgotten friend, I knew I should tackle making homemade tortillas again, only this time they’d be corn instead of flour.

There are slight variations in how people make corn tortillas at home. Some cooks prefer a wooden press, while others, like me, use a cast-iron one. Some suggest using wax paper on the press while others say you can cut circles out of a plastic bag. But while there may be a couple of differences in approach, every recipe I saw for the corn-tortilla dough was the same (heck, that common recipe was even on my bag of masa harina), and the instructions for cooking them are universal as well. And when it comes to taste, well, that should go without saying: anyone who has had a freshly fried corn tortilla hot off the skillet will agree, there’s just no comparison to the machine-pressed ones you buy at the store. They’re so different in texture and taste, you almost wonder how the two are related.

So I welcome my tortilla press back to the land of active cooking. I’m delighted I found it and it will never go unused and unloved again.

Note: If you don’t have a tortilla press, you can pat the balls into flat discs or roll them out with a pin. You can also place the balls (with the plastic) between two very heavy books and press them out that way.