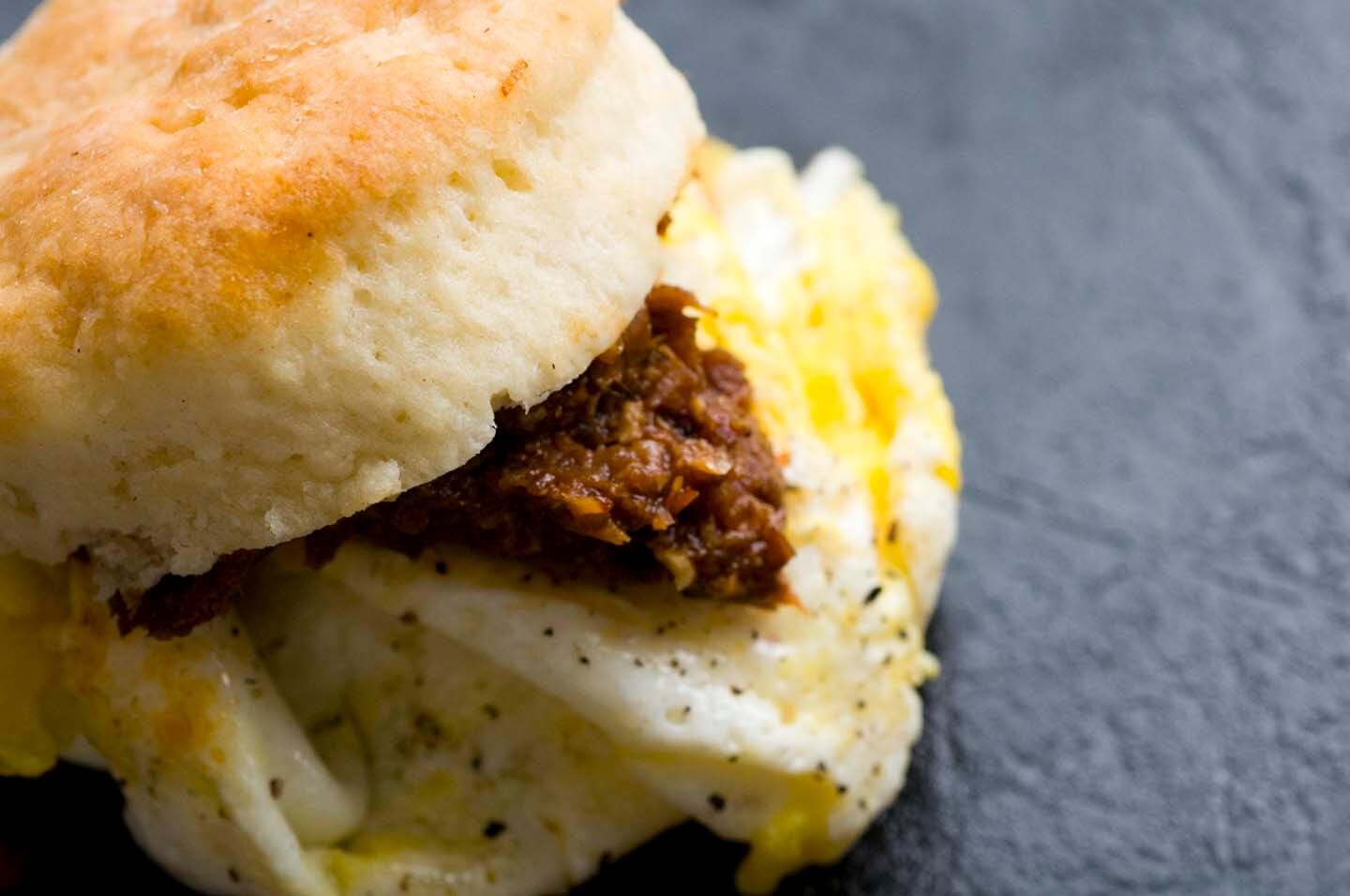 Over the past few months, it seems that you can’t escape the topic of bacon jam. Skillet’s rendition has certainly excited people, but at heart bacon jam is simply a potted meat, something that has been gracing battlefields, picnics, high teas and nursery suppers for hundreds of years. For most, the term potted meat conjures up images of mystery meat in a can, but traditionally potted meat was made at home from meat scraps, herbs, spices and maybe an acid or a spirit, such as vinegar or brandy. Making potted meat was a preservation method, meant to extend the meat’s life just a few more weeks. Nothing mysterious or scary about its contents at all! Matter of fact, when made from quality ingredients, potted meat is as satisfying as pate, though it’s far easier to make. And like pate, potted meat can be either elegant and smooth or rustic with chunks. Bacon jam is excellent on slices of tomatoes, plopped on a warm biscuit, stirred into a bowl of beans or spread on top of a cheeseburger. Or you can just grab a spoon and dig into your jar.