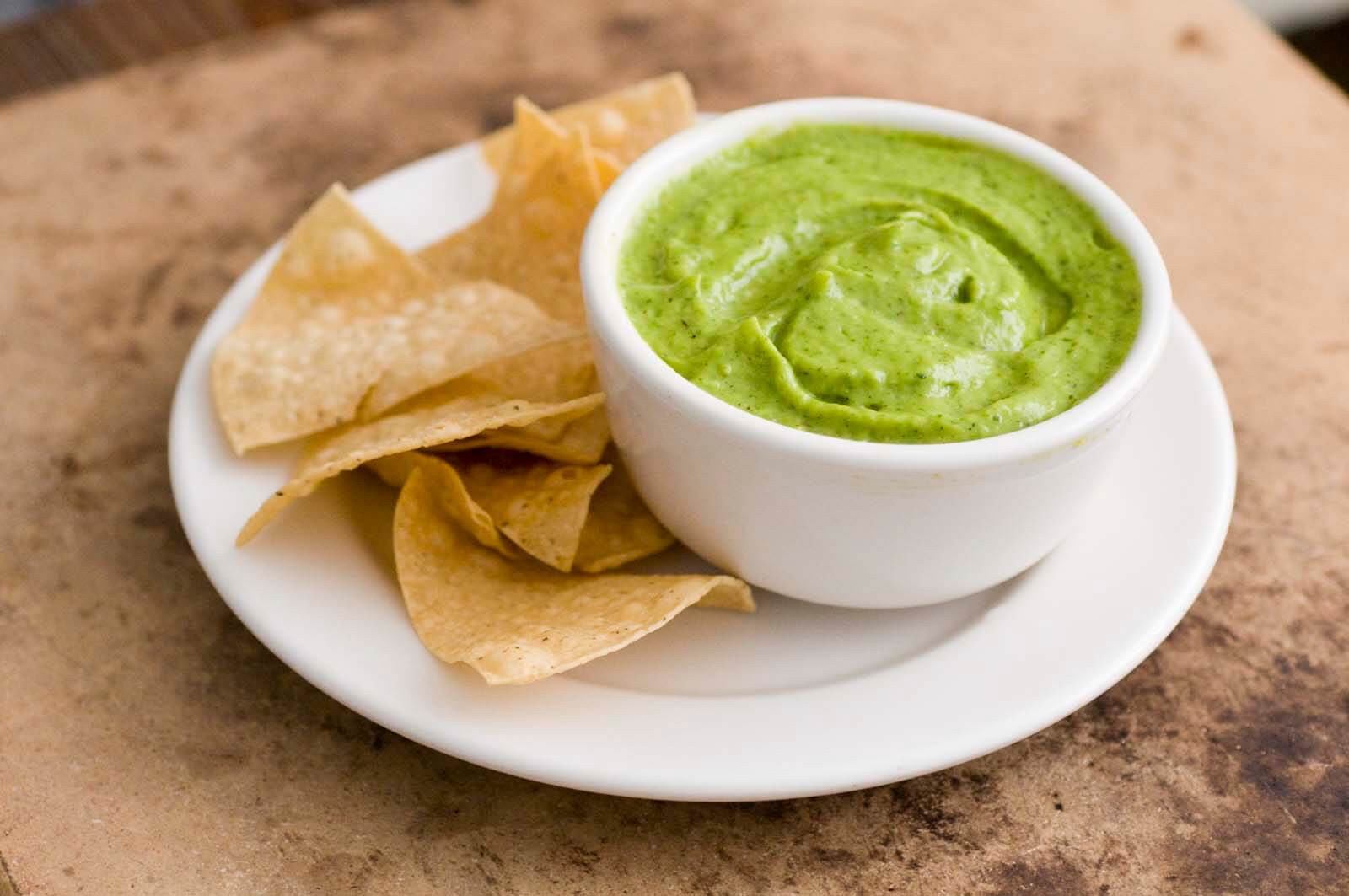 Now, her version calls for sour cream, though along the border and in Mexico, Mexican crema would be more common. For years, I made it this way and was pleased. A few years ago, however, I came across an avocado salsa that had all the tang and spice of hers, yet it was dairy free. I published a recipe for this in my first cookbook, and while sometimes I go back to the sour cream version, more and more I prefer to make it without.