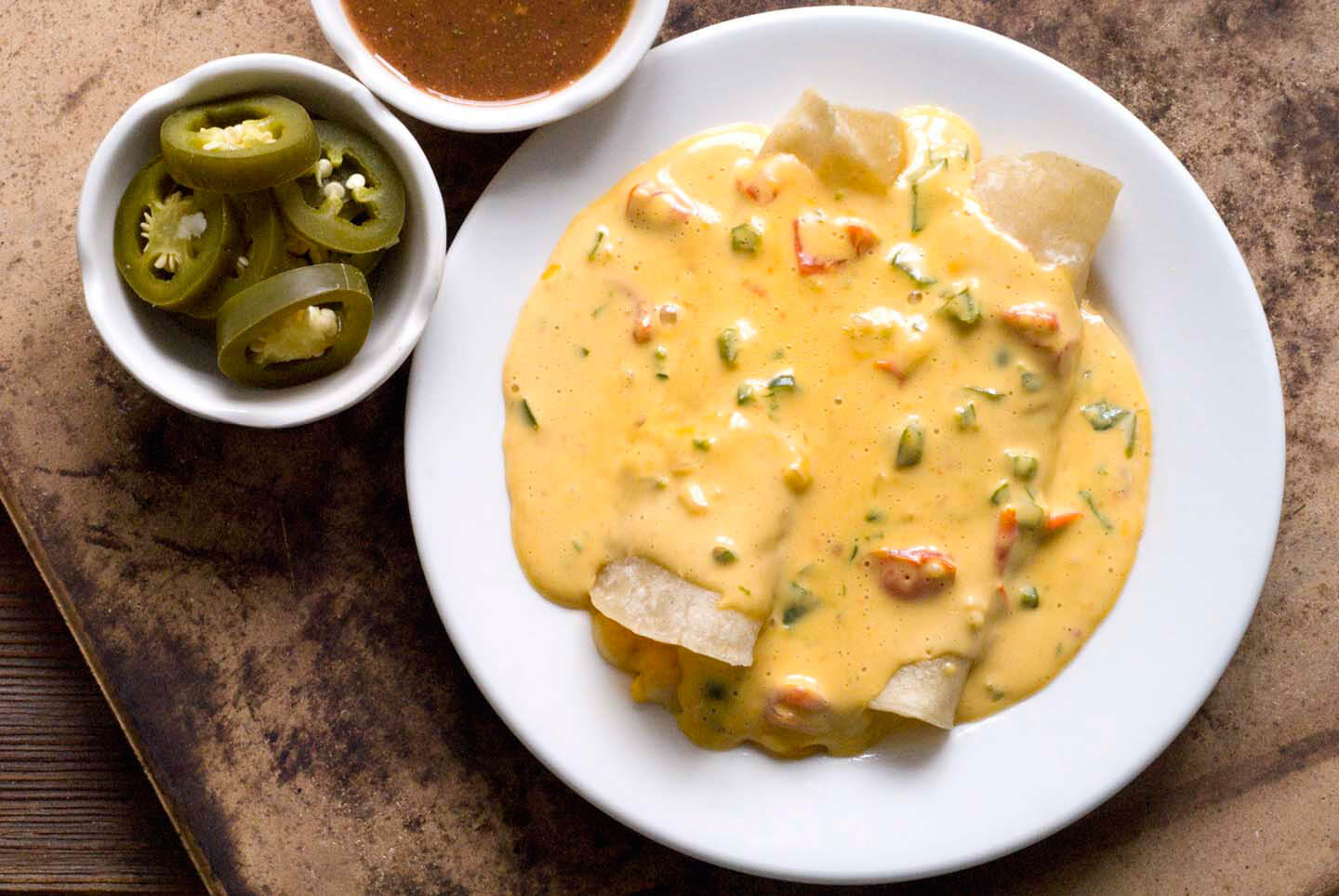 My friend was confused. She had heard me order a soft cheese taco plate, but when it arrived, she pointed at it and said, “What’s that? Those are enchiladas not tacos.”

To the uninitiated I could see why this would be a common assumption. While soft cheese tacos may appear to be enchiladas, as indeed they are rolled corn tortillas stuffed with cheese and smothered in sauce, in this case the sauce in question is not a chile gravy or a salsa verde, but instead chile con queso.

So why are called tacos and not enchiladas with queso? Well, it’s a matter of semantics. An enchilada is known as such because the tortillas have been dipped into a chile-based salsa. The Spanish verb enchilar, from which the word enchilada derives, means to season with chile pepper. While there are jalapeños in the queso, that sauce’s foundation is dairy not peppers, and so these rolled, stuffed, and sauced tortillas are not technically enchiladas.

No matter their quirky name, however, this addition to the Tex-Mex canon would probably still be unfamiliar to you if you’re not from the Dallas-Fort Worth area, as their presence is largely concentrated to North Texas. Though if you’re a queso fan, this is clearly a shame as what’s not to enjoy about cheese, tortillas, and more cheese?

These tacos can appear on their own, usually with a side of rice and beans. They also are a popular item on combination platters, often slid onto the plate between a tamale and a beef enchilada. Either way you savor them, however, know that they are fine eating. To enjoy a soft cheese taco is to experience comfort that doesn’t require much thought beyond enjoying the natural mood enhancers brought by the dairy and peppers. 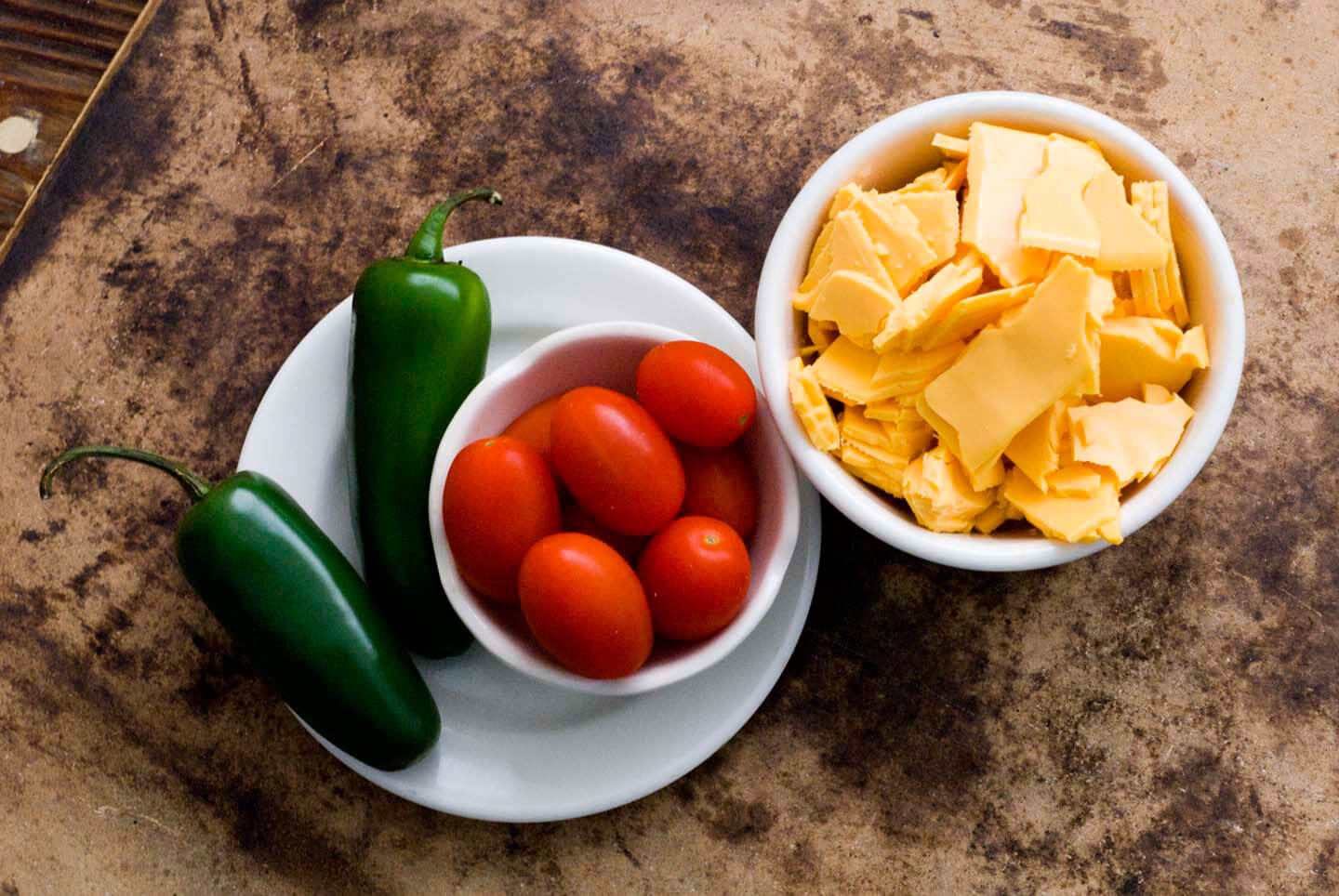 Now, curious about the taco’s history, I traced the earliest appearance of a recipe in a San Antonio cookbook published in 1937. These differed than the ones served today as these were smothered in a tomato salsa. But the presence of a softly cooked rolled corn tortillas stuffed with melted cheese, as opposed to say a folded tortilla or even a crispy tortilla, marked the arrival of something different.

From the 1940s through the 1950s, the soft cheese taco began appearing across the state of Texas, and if you were a fan, you could order one from Corpus Christi to Denton. While I don’t know if the versions on offer were served with tomato salsa, by the 1950s they would sometimes be advertised as a soft cheese taco with chile con queso, so I assume that was the prevailing style. Their heyday was brief, however, and by the 1960s they’d fallen off most menus and were concentrated mainly in North Texas.

Because they can be an elusive dish, if you crave them I recommend making them at home. They’re not difficult and if you’ve ever prepared enchiladas, the process is similar. First you make a chile con queso, then you load hot corn tortillas with shredded cheese, roll, bake until melted, then smother in sauce.

One anomaly of the soft cheese taco is that often the cheese stuffed into the tortilla is cheddar or Monterey Jack or a combination, though the queso is pure processed cheese. The contrast between the two, one sharp and one creamy, works well. For additional piquancy, I add diced onions to my filling and serve with tangy pickled jalapeño slices, though these embellishments are optional.

When I shared soft cheese tacos in my first book, a friend from Dallas that lives in New York was over the moon. “You don’t hear about these often,” she said. And unless you’re from that part of the state it’s true. I also included a version in my recent Queso book, for obvious reasons. But I thought it was time to place a recipe on the blog, as well. Soft cheese tacos are certainly deserving of all the love.

For the chile con queso:

For the soft cheese tacos:

I like to buy my American cheese from the deli counter so I don't have to unwrap lots of individual slices. Kraft also offers an American cheese in a 1-pound package with unwrapped slices called Deli Deluxe, and it's very good, as well. Though if all you can find is wrapped American cheese that will work, too.