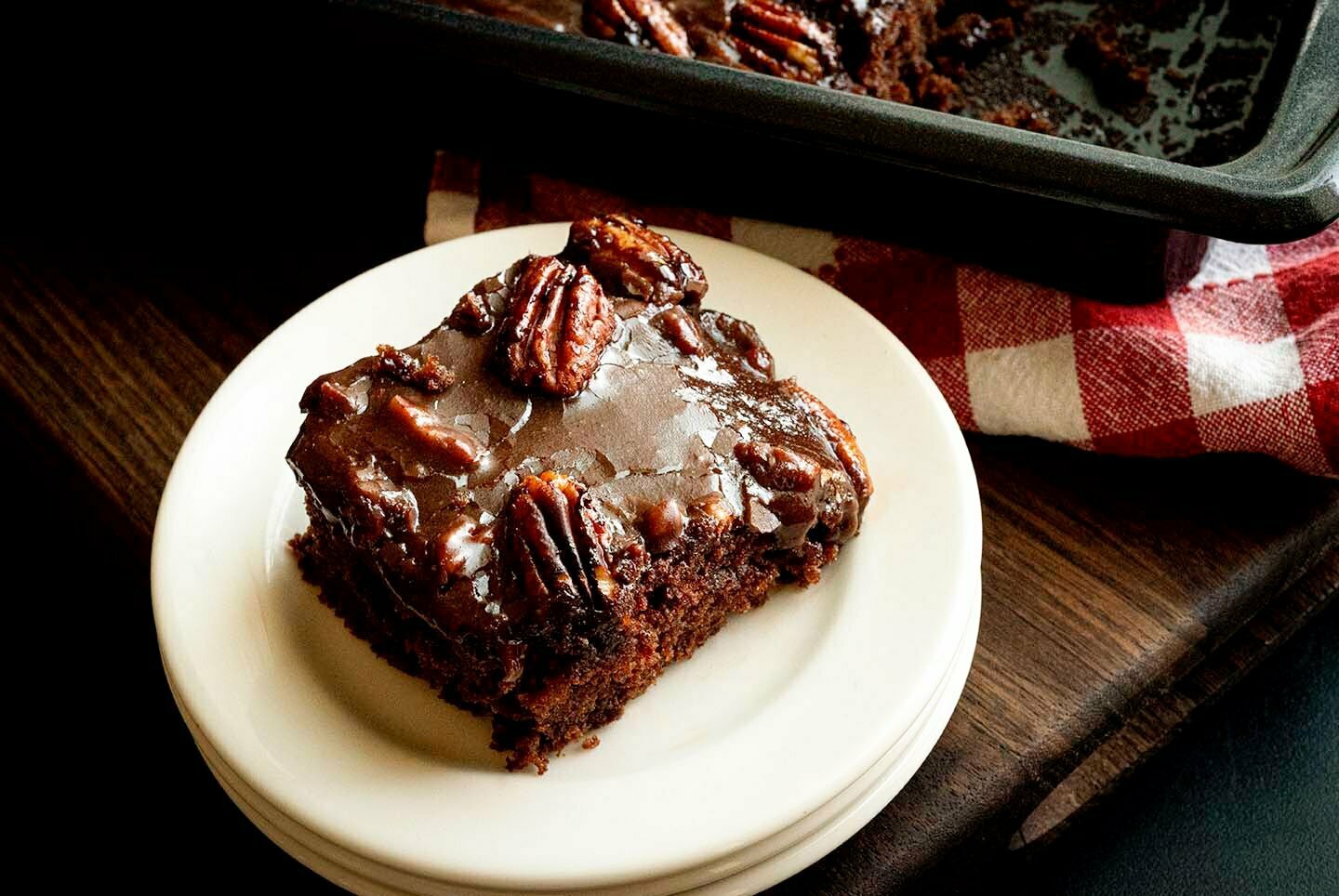 After dinner one Sunday night, a group of us were sitting around the table, relaxing after a satisfying meal. When discussing what we were doing in the next week. I mentioned that I had a few extra bottles Dr Pepper on hand and was thinking about making a cake with it. When the table volunteered that they would be willing subjects with whom to share my efforts, I decided to make my idea a reality.

Dr Pepper cake is an old Texan favorite. The cake, which uses the fruity dark namesake soda as part of the liquid, can take a couple of different forms. There’s an oatmeal version, which is rich with warm spices, coconut, and pecans. Then there’s a chocolate rendition, which has another classic, Texas sheet cake, as its foundation.

The earliest Dr Pepper cake mention I could find was from San Antonio, where a shopping center advertised it had on display a Dr Pepper birthday cake. The first recipe I encountered was from Oklahoma, and it appeared in the Ardmore paper in 1974. The Oklahoma cake was a chocolate sheet cake that replaced the boiling water with Dr Pepper, though it also included marshmallows, which isn’t typically done these days. 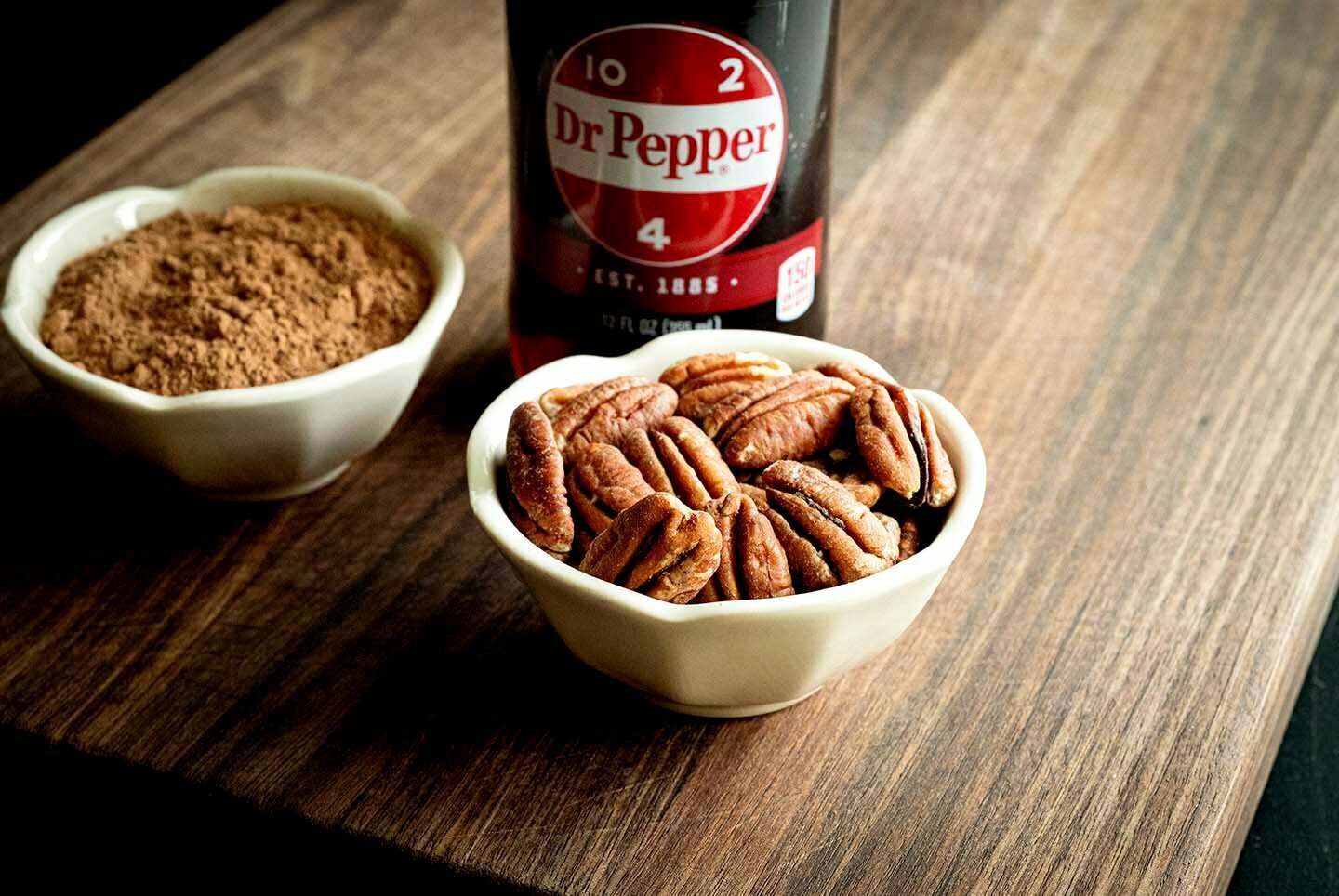 As for Texas sheet cake, its origins are also murky. In my research, I’ve traced the method of making a chocolate, rectangular, one-layer cake with a boiled frosting to a cake that was popular in the early 20th Century known as fudge cake.

Its provenance may not be Texan, though the earliest recipe I did encounter for fudge cake was in a 1908 edition of the San Antonio Light. The recipe called for the usual sheet cake ingredients, such as buttermilk, flour, and nuts. The only difference was the chocolate was delivered via bars and not cocoa, which is how we make our chocolate sheet cakes today.

While there is more to discuss about Texas sheet cake, today I’m focused on the Dr Pepper rendition. For my chocolate one, I take my basic sheet cake recipe and make a few changes. Besides substituting Dr Pepper for the water (the buttermilk stays), I’ve also started reducing some of the soda then blending that with butter, cinnamon, pecans, and a pinch of salt for spiced nuts. 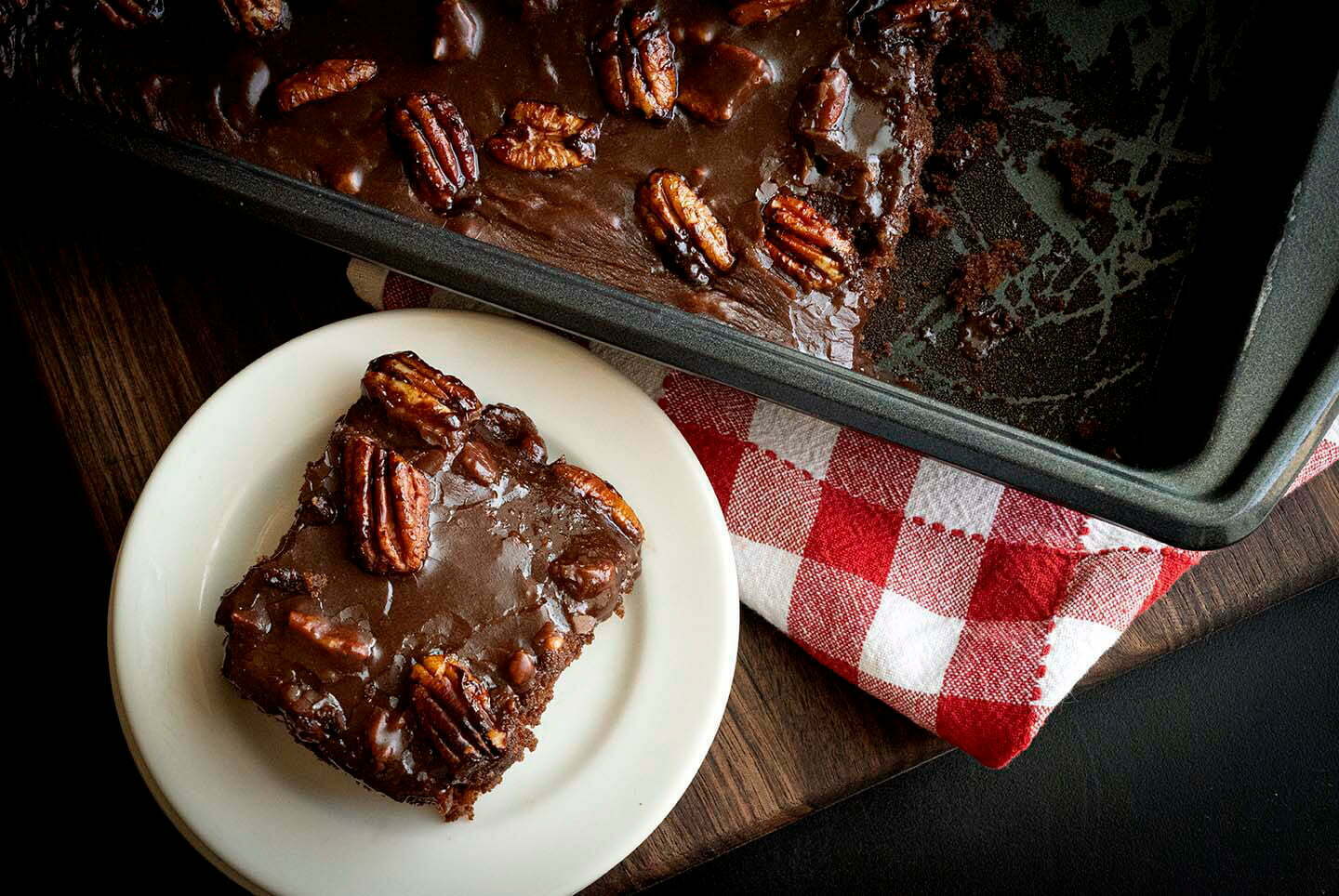 After the nuts are done, I chop some and swirl them into the chocolate frosting. Though I also leave a few whole, and layer them on top of the cake for both extra crunch and garnish. While these steps add a few more minutes to what is typically a fast recipe, I enjoy the extra boost of flavor the Dr Pepper gives to the pecans.

For the Dr Pepper spiced pecans: