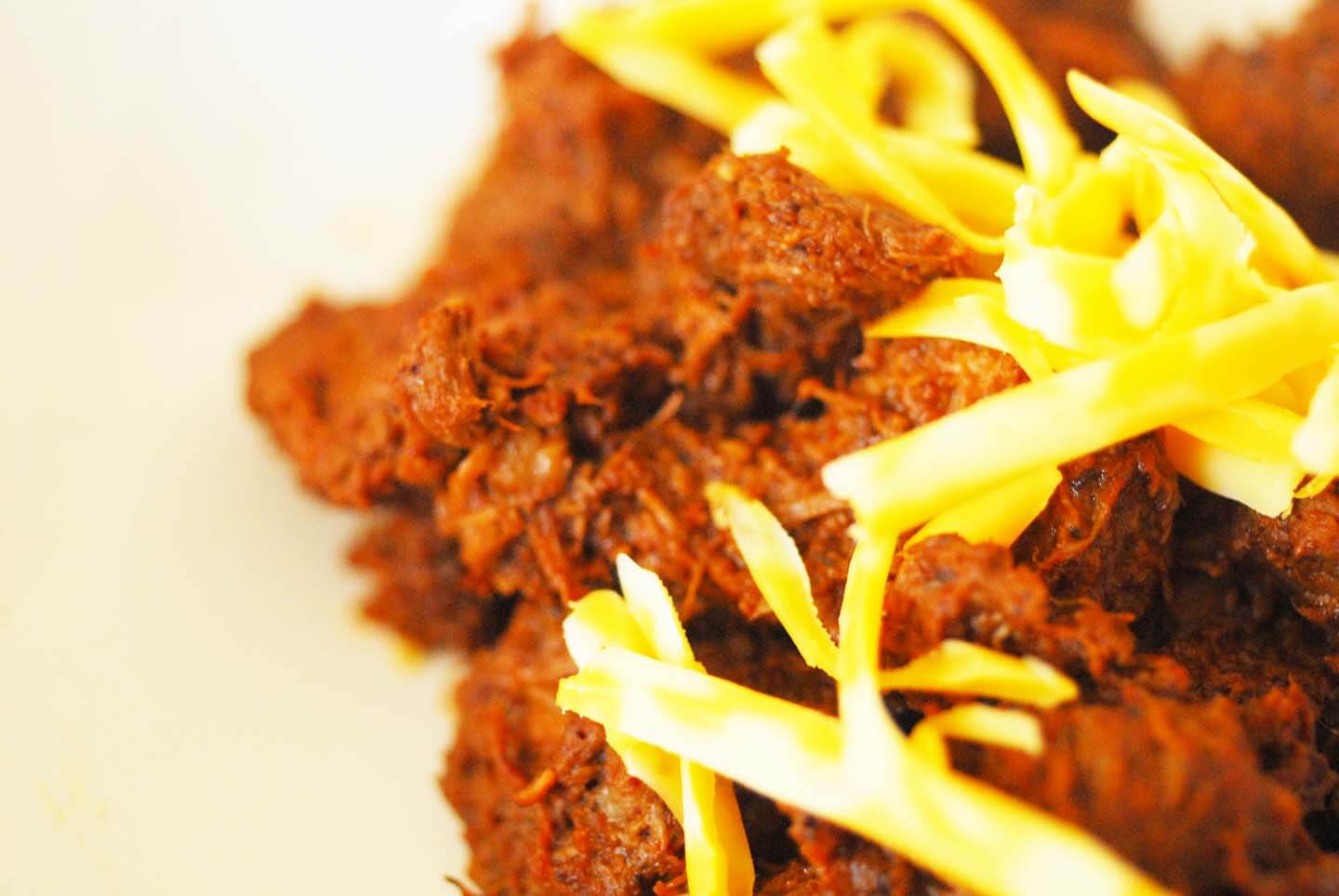 
First—you need time. Set aside at least 4 hours for the task at hand. Don’t worry, the time will fly. Then you need to make your list. I usually have most of the ingredients for chili on hand, but others may not. Here’s what you need: 6 or more pounds of bite-sized cubed beef (never, ever use ground beef, unless your store sells something called “chili chuck” or “chili grind”), four dried ancho chiles, one medium-sized onion, four cloves of garlic, chile powder (either a rich, dark store brand such as Whole Foodsor Gebhardt, or homemade chile powder), Mexican oregano, one bottle of beer (preferably Shiner Bock if available or a Mexican brand such as Negro Modelo), a lime and masa harina. You should also have some garlic powder, cayenne—either fresh or powdered—and unsweetened Mexican chocolate.