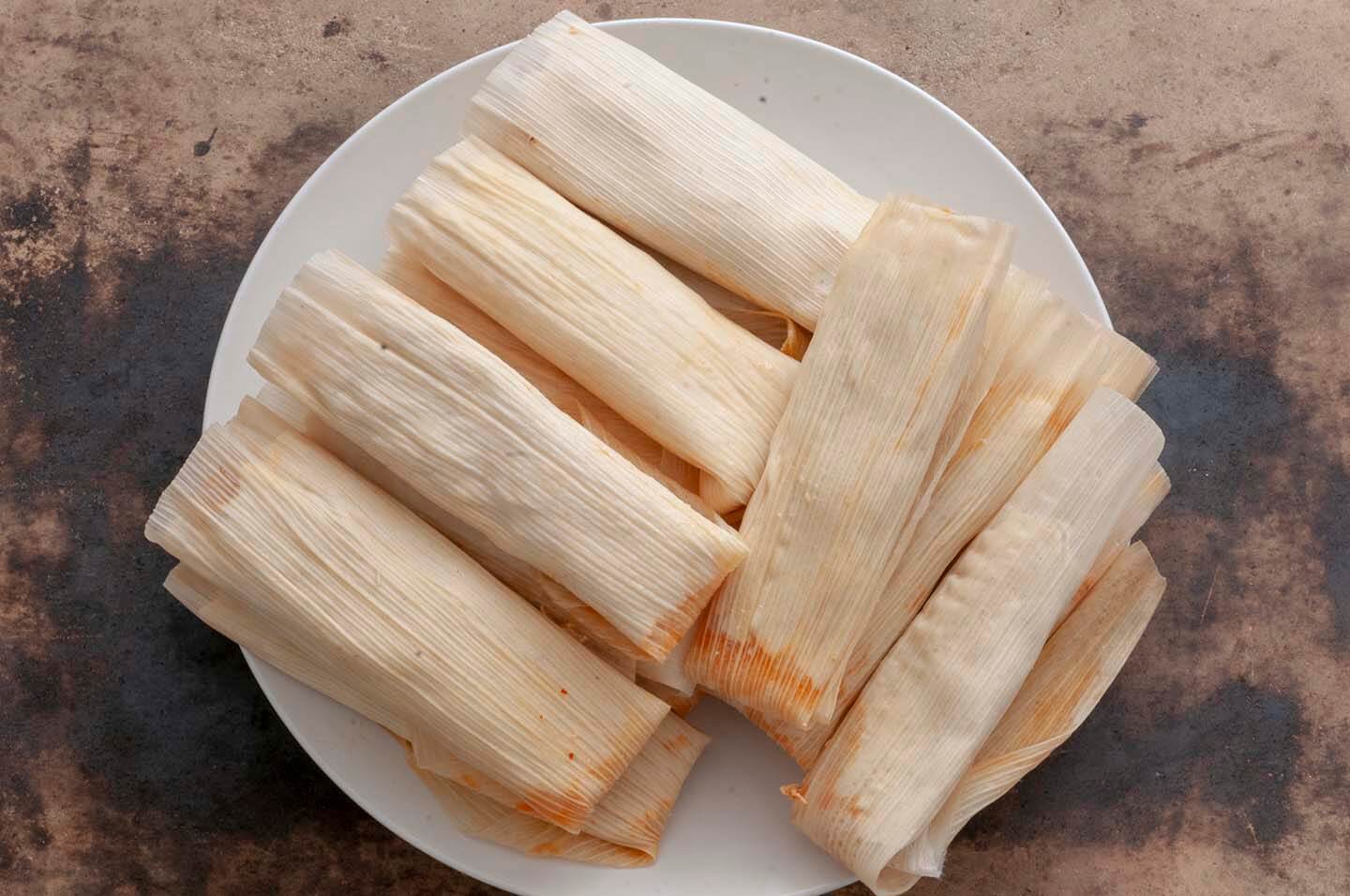 Back in September, the delightful Wednesday Chef cooked a Regina Schrambling recipe for tamales. She was not impressed. No disrespect to Ms. Schrambling, but the recipe was a mess from the get go. It was supposed to make tamale-making simple by substituting grits for masa, but there is no easy way to the culinary bliss that is a tamale.

Ever since I read that post, the blogging side of my brain has been begging to write something on the subject. And now that December is upon us, there’s no better way to present a post (or two or three) on tamales than to wrap it up in holiday garb.

Why do I write about tamales now? Easy answer—tamales are a traditional holiday food in Texas and the Southwest. And while you can buy them just about anywhere in that part of the country, they are traditionally made at home. And one of the best hallmarks of the season is having a tamalada or tamale party.

Why would you devote a whole party to making tamales? Simple: they’re very labor intensive. They’re not difficult to make, but much time is needed and the more hands on deck the merrier.

Preparation is everything with a tamale party. First, fill your guest list with people who like to work with their hands, cook and eat. It’ll be no fun if you invite a group who’d rather be playing Scrabble. Second, you’ll need to do a lot of cooking and shopping before the big day, otherwise you’ll never get to the main event itself—rolling and steaming the tamales. Dishes to prepare before the party would be your tamale masa, fillings and sauces. You should also have bought plenty of dried corn husks (sure, it could be considered cheating but corn is out of season and it’s easier to work with dried husks than fresh ones).

Masa is the base of your tamale. Traditionally, masa was made with lard, but you can also use vegetable shortening. As for your fillings—anything goes. Think of the slab of masa as a blank slate, receptive to anything you wish to inscribe upon it. Traditionally, chicken, pork, cheese with rajas and dried fruit (for sweet tamales) are used. But you can also fill your tamale with beef, beans, grilled vegetables or chocolate. Whatever your heart (and belly) desires!

Finally, if you don’t own a tamalera (a pot designed for steaming tamales), make sure you have a large pot that can be fitted with a large steam basket. I use a pot that’s about two feet tall but your standard Dutch oven should suffice.

And that’s all you need to prepare. Now plug in your chile-pepper fairy lights, clear off your table, pull up some chairs and get ready to pat, stuff and roll. If you’ve never tried making tamales, this is a food rooted in fellowship; doing it alone is not only counter-productive but sorely lacking in fun. Rally your friends and family and get ready for not only a memorable meal but a whole lot of communal joy.

Next time, I’ll tell you how to assemble the tamales. But first, I’ll leave you with a recipe for your masa.