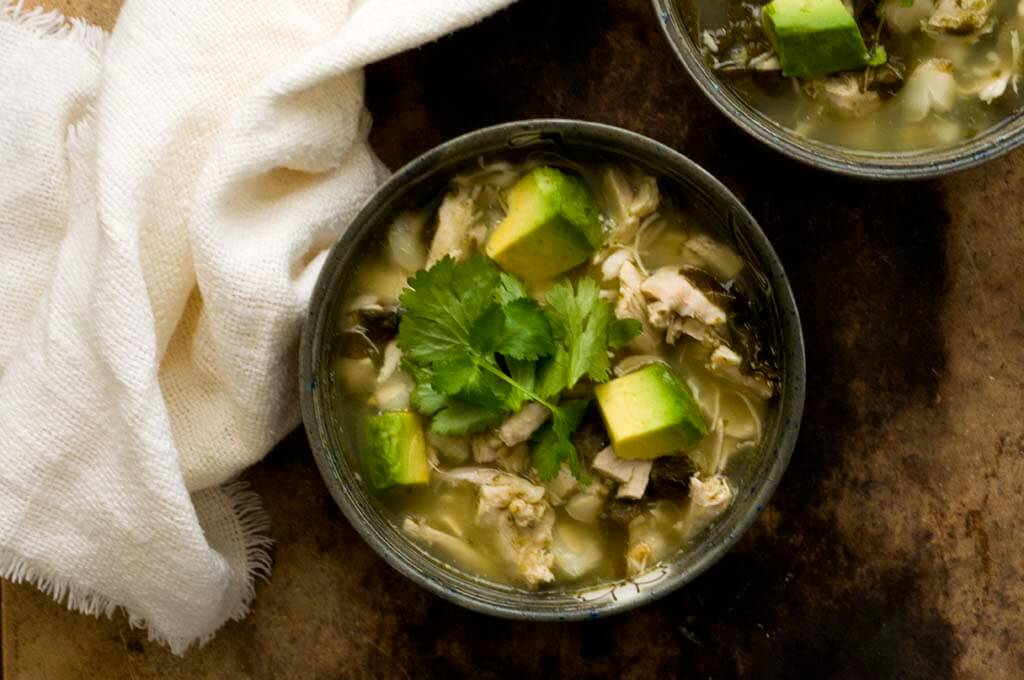 The other day I went to the store to buy some collard greens, but the store was sold out. In the produce department there was a large, colorful sign that said, “Collards are the new kale!” which may explain why there weren’t any left—everyone wanted to try this new, hip green. There was, however, plenty of kale.

Of course, like most Texans, I’ve been eating collards all my life. But I have to admit that prior to that day I’d never bought kale. Heck, I’m not even sure that I’d even eaten it despite its popularity and ubiquity the past couple of years. Mind you, I’m not averse to greens, but I usually opt for the ones that we grew—such as said collards, along with spinach, turnip greens, or Swiss chard—all of which made frequent appearances on my family’s table.

Because there weren’t any collards available that day, I decided it might not be a bad time to finally try kale. (I’ve always been a late adopter.) And since the store had plenty of it available, I picked up a bunch of lacinato kale, which is also delightfully known as dinosaur kale. (I imagine this green’s name is very popular with the under-five set.) I left the store with visions of kale salads in my future. 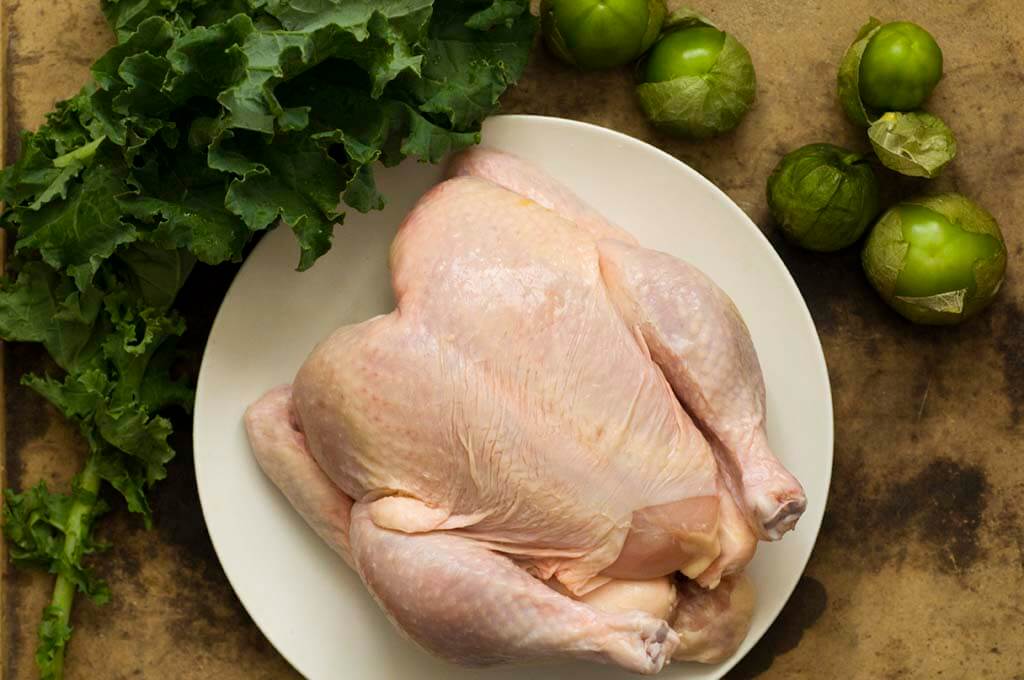 After a couple of crunchy, chewy meals with the kale, however, I still had a mess of the greens in my refrigerator and was getting kind of bored. It was time to do something different. Now, my first thought was to cook them with bacon. But since it’s the New Year and I’m trying to eat relatively light for a few weeks, I opted instead to throw a handful of the kale into a pot of chicken posole verde I had simmering on my stove. Wouldn’t you know? My mountain of kale seemed a lot more manageable, plus my soup looked festive with the greens swirling around the pot.

Before we go any further, let me tell you about this chicken posole verde. It’s a simple chicken soup with some tangy tomatillo salsa verde stirred in, along with posole—also known as hominy or spelled pozole, depending on where you’re from—which gives the soup a toasted corn flavor. The flavors are much like your favorite plate of chicken enchiladas, yet in a more soothing form. Plus, its warmth makes it perfect for chilly weather and because it’s relatively light, it’s ideal for when you’re trying to undo some of the holidays’ excesses. This is a terrific soup for January.

Now, my new year usually begins with a bit of excitement yet trepidation—I’m thrilled with the possibilities ahead but a part of me also craves comfort and consistency—the antithesis of change and uncertainty. While this posole verde is very familiar to me, by adding an ingredient I’d never cooked with—kale—it seemed not only a bit daring but also like something new. 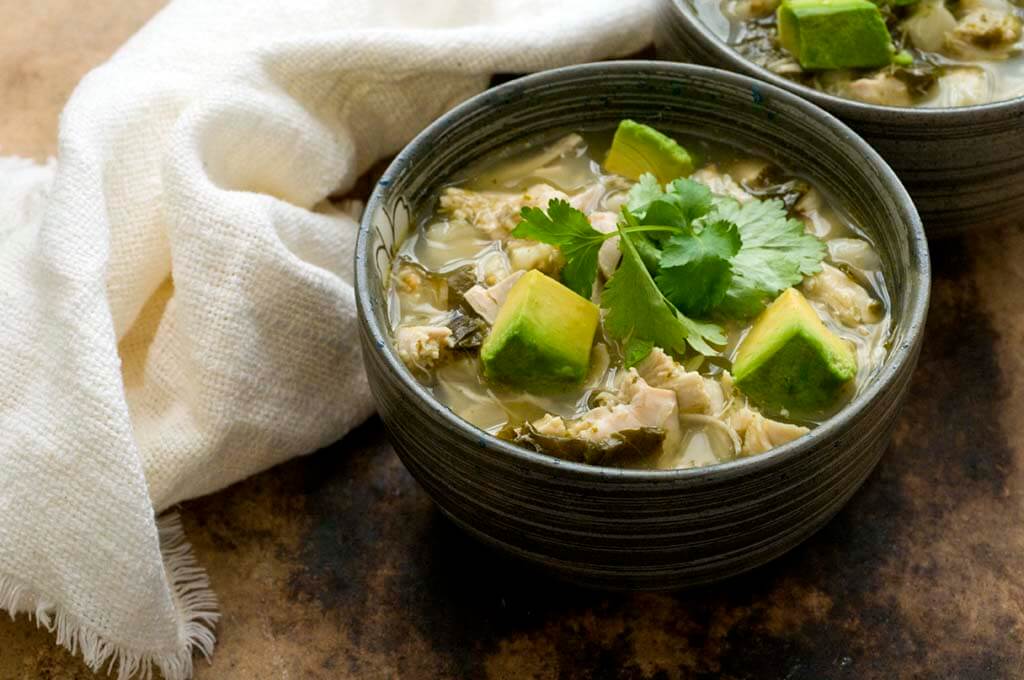 You’re going to love this soup—it’s refreshing and bright, yet hearty enough to keep you satisfied. I realize it’s not completely traditional, but this doesn’t make it any less satisfying. And if you’re like me and have somehow avoided eating kale (though I’m pretty sure I might be one of the last people in America who hasn’t tried it before), you’ll appreciate this delicious introduction to such a healthy vegetable.

Here’s to delicious new beginnings. Change is good and I’m looking forward to this new year!

Ingredients for the broth:

If you want to make a quick version of this soup, you can use pre-made chicken broth, pre-made salsa, and 4 cups of cooked chicken.