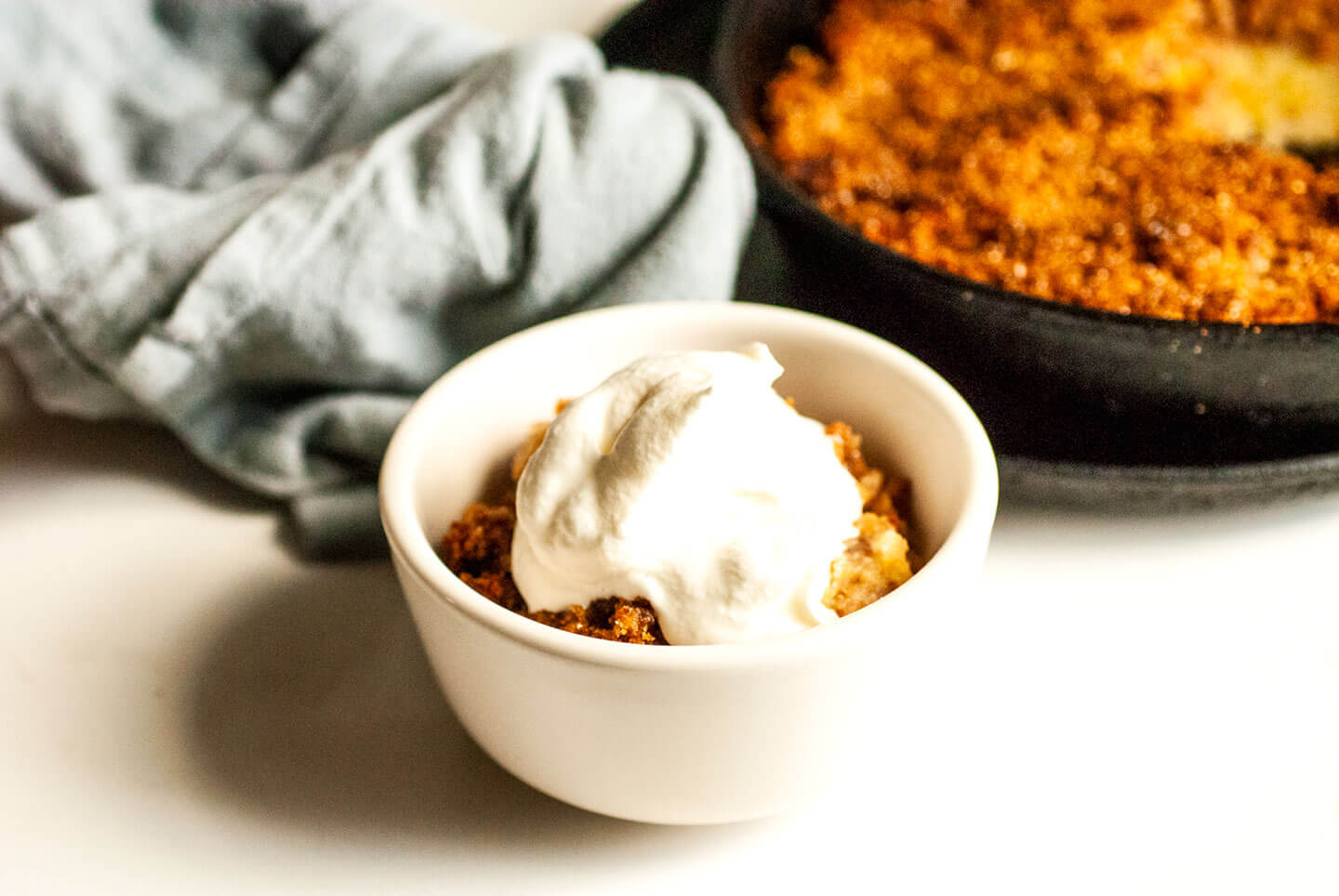 While looking for apple recipes, I came across a dessert in a September 1966 edition of the Dallas Morning News. It was stated as being a light dish, though I was surprised at the first ingredient: crumbled doughnuts. Did Texans in the 1960s consider pastries diet food? Curious, I decided to give the recipe a try.

This dish, called Danish apple dessert, took the doughnut crumbs and tossed them with warm spices such as cinnamon, cloves, and nutmeg. You then layered a portion into a baking dish and spooned on top some applesauce. After repeating the process, you poured over it melted butter, sprinkled on brown sugar, then baked it for a spell. It was served with whipped cream.

As I’d never come across anything quite like this, I decided to dig a little deeper to find out its provenance. While that version had been syndicated across the country, I learned it had another name—Danish apple cake. And this treat was indeed popular amongst Danish Texans who settled in Central Texas and along the Gulf in Wharton County. 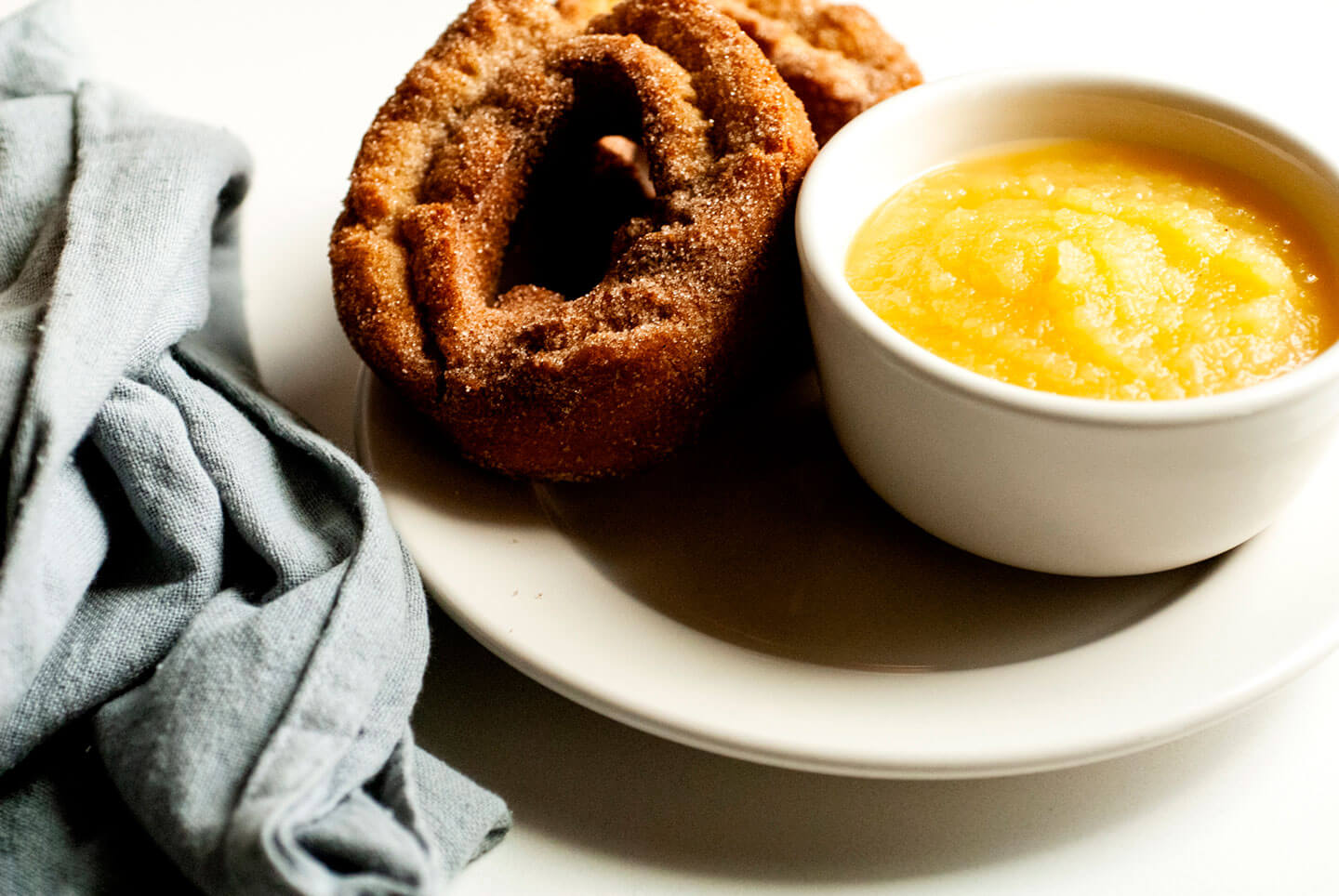 For these Scandinavian Texans, Danish apple cake is most commonly a celebration food. It’s popular at Christmas, though it’s also seen at birthdays and 42 parties, as well. That said, despite its frequent appearance at special occasions, it’s simple enough to be an everyday dessert, too.

Traditional recipes for Danish apple cake use bread crumbs along with the applesauce, but I liked the idea of using sweet and tender doughnuts instead. And once those were crumbled, I began the layering and the pouring of melted butter and brown sugar.

As it baked, my home took on the inviting scent of baked apples and cinnamon. And if the cake tasted half as good as it smelled, I would be satisfied.

After half an hour in the oven, I pulled out my skillet. The dessert was brown and crumbly and for most, it would not be a contender for any beauty contests. That said, it had that roughhewn appeal of a crisp or a cobbler, which I always enjoy. I whipped up some cream and spooned out a taste. 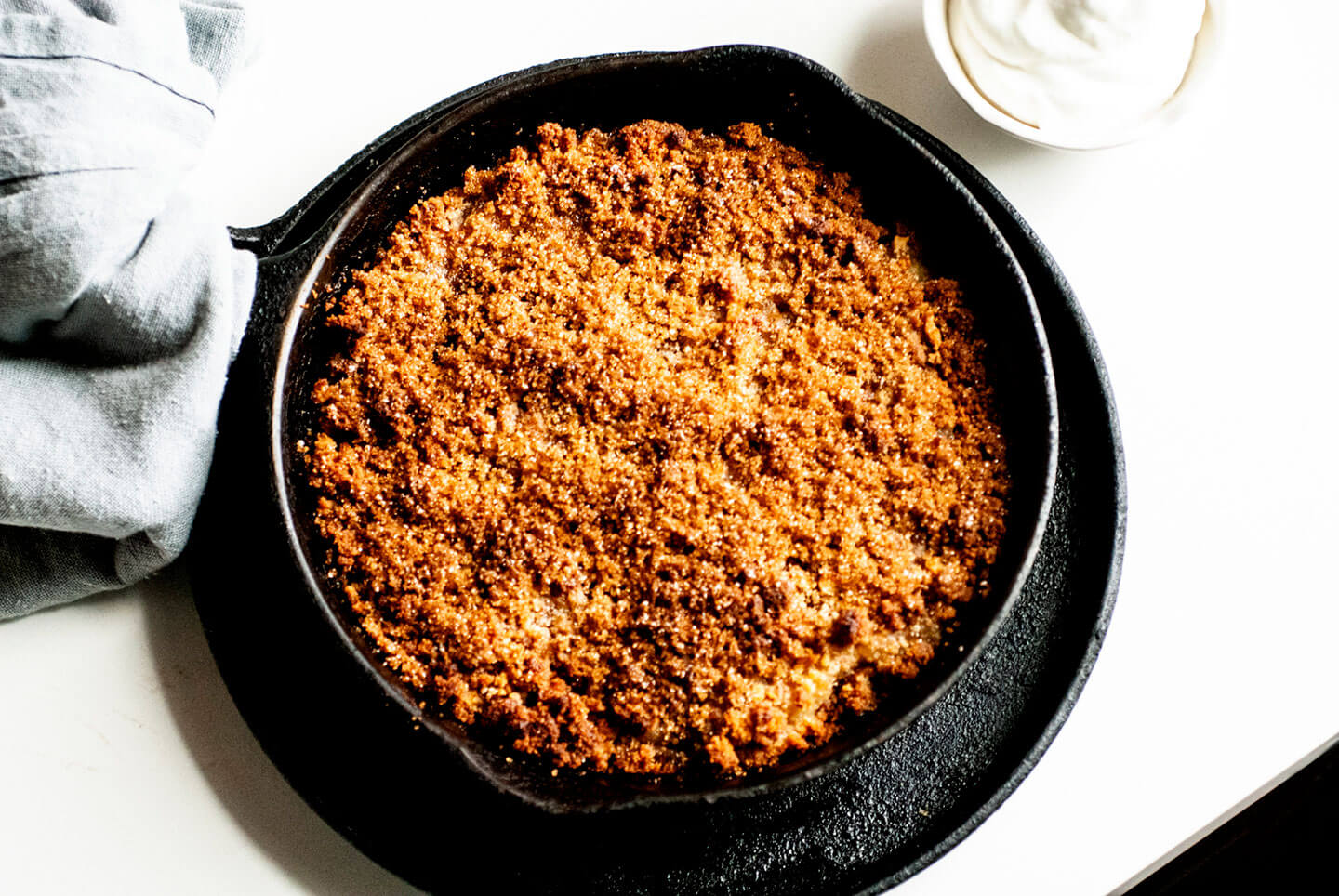 Was it a light dish as advertised? Not particularly. But my buttery, crunchy bowl rich with the warm flavors of baked apples and cinnamon was a welcome taste of fall.