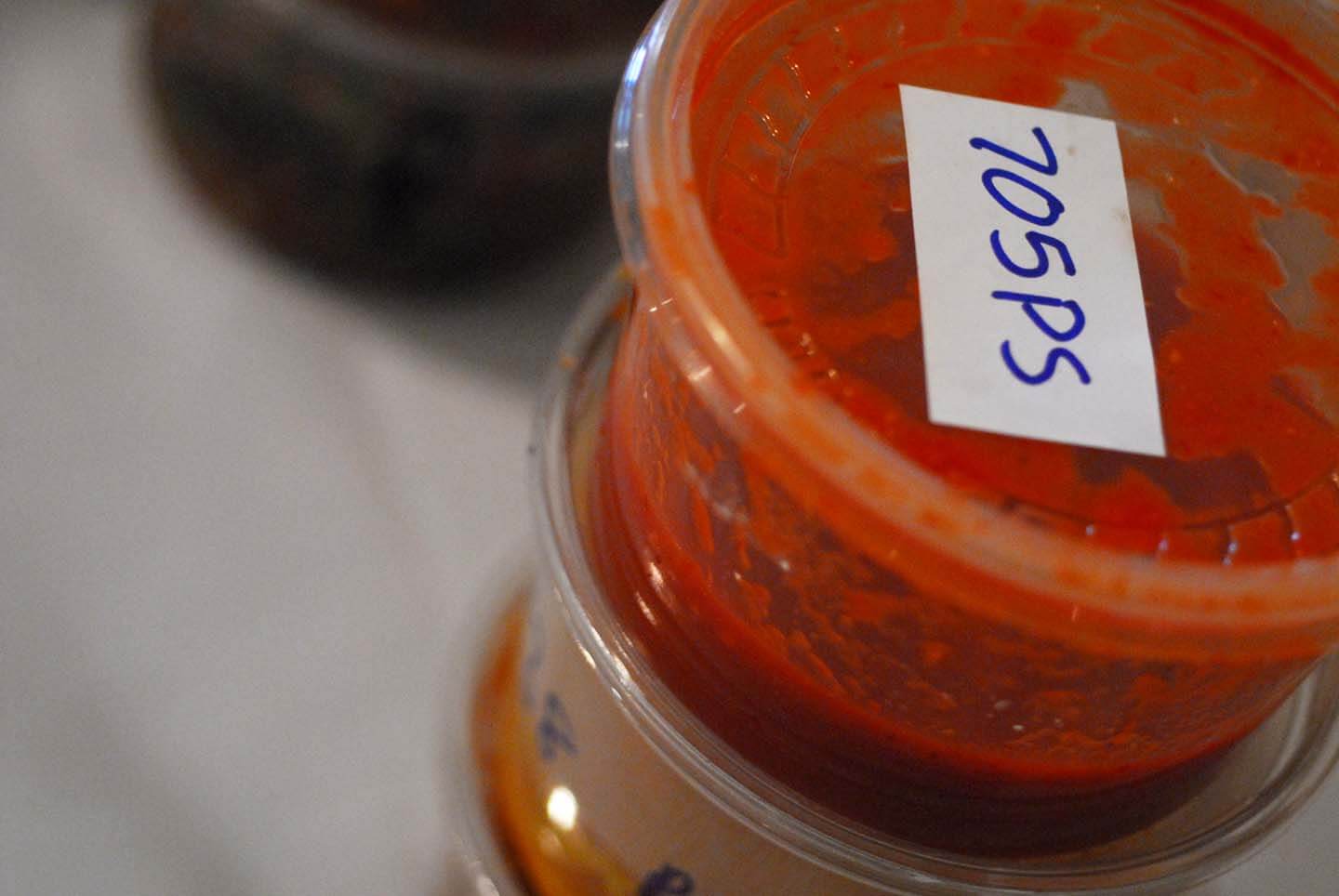 Howdy! I’m back—how I missed y’all! I don’t think in recent years I’ve spent this much time off-line, and while I’m a bit behind with so many interweb-machine activities—such as e-mail, blog reading, or catching up on the latest trashy celeb news—it was still very relaxing hanging out with friends and family in the warm and welcoming Lone Star State.

My first stop in Texas was in Austin. I was only there for less than 24 hours, but I got my fair share of solid food and an array of salsas. I stayed with my friends Monica and John, and as Monica’s baby girl is due any day now, instead of grubbing at a BBQ joint or grabbing a chicken-fried steak, we opted to have a multi-course meal at a fancy restaurant that she’d be less inclined to bring her soon-to-be newborn to in the near future.

Monica chose Wink, a place I’d never heard of but I was delighted with how fresh and delicious our food was. Granted, when I travel to Texas my focus is pretty singular—only foods from the Texan Trinity of bbq, Tex-Mexor home cooking will do. But I’ve been closed minded, and this restaurant had an exquisitely creative menu with most of the meats (save for the Hudson Valley fois gras), seafood, cheeses, fruits and vegetables sourced from local farms and fishermen.

One of my courses featured Gulf shrimp, and it had been so long since I’d had the real thing I’d forgotten the sweet, mineral flavor these contain, especially when right off the boat. For dessert we shared a goat-cheese plate with the cheeses coming from

There were about 30 of us gathered around the table, and as there were over 1,000 salsas for us to work our way through, we didn’t try each one. Instead, each little group seated in the immediate vicinity (I was fortunate to have longtime judge and also Homesick Texan reader Frank Mancuso sitting across from me) would go through a stack of salsas with three votes of yes meaning the sauce moved on to the next round to be judged by local food celebrities, and three votes of no meaning that salsa was out of competition.

Soon the green salsas began to arrive. My trick for fresh tomatillo salsa is to cook it in peanut oil after blending it with the other ingredients—this takes away some of the tartness and helps the flavors meld. I was surprised that many did not do this crucial step. Whereas before some of the salsas had too much salt, many of these lacked any sort of seasoning let alone good flavor. But again, there were some standouts—a creamy tomatillo and avocado blend comes to mind—that you couldn’t stop eating. 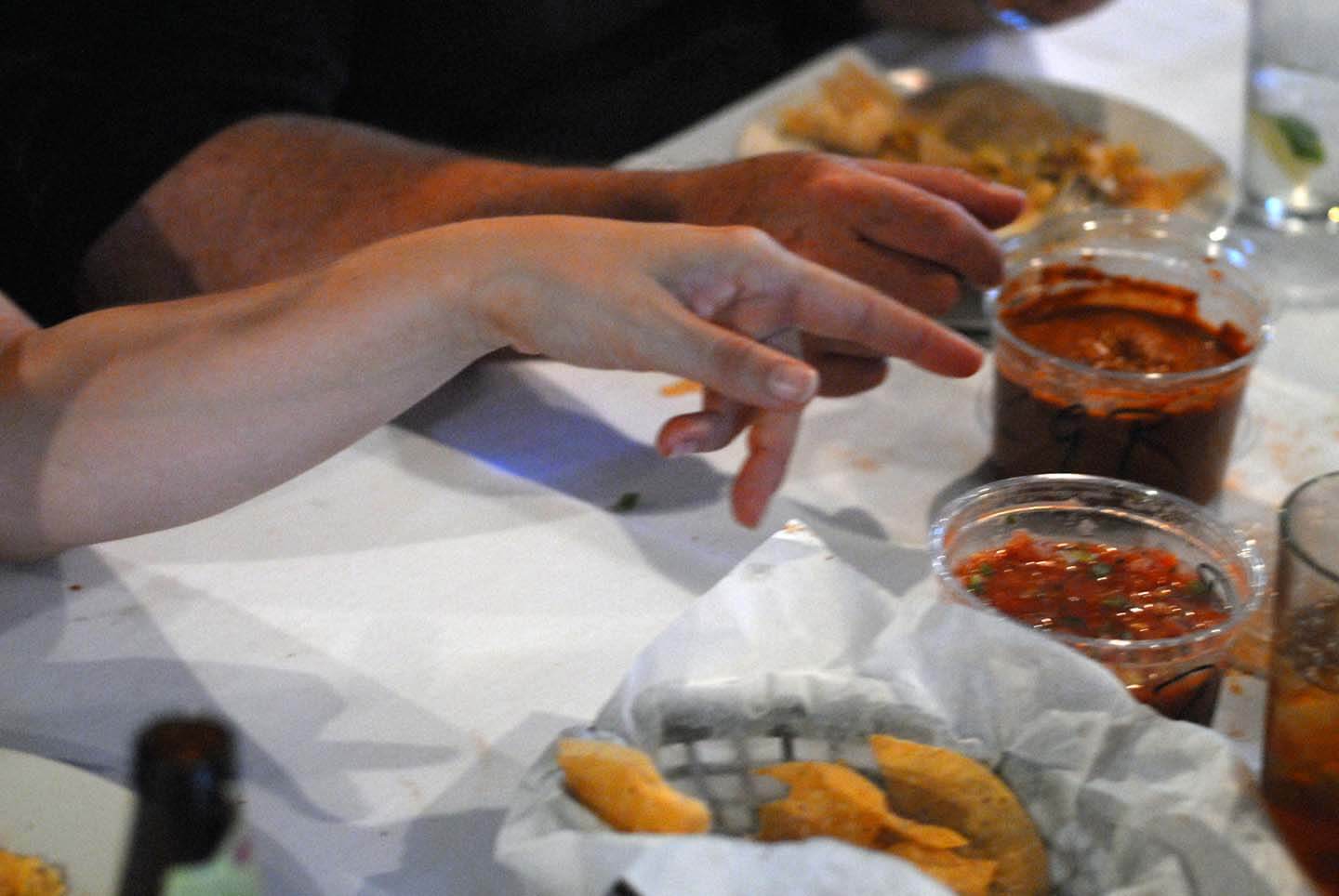 But then again, there were the odd entrants as well. One salsa made with a base of pickle juice was quite memorable. I was kind of repulsed, though there was one judge who loves pickle juice and she found it delicious. Don’t get me wrong, I love pickle juice as well, I just couldn’t apply that love to this hot sauce. Another salsa garnered the comment, “This salsa is bi-polar. It doesn’t know if wants to be a barbecue sauce or a hot sauce.” 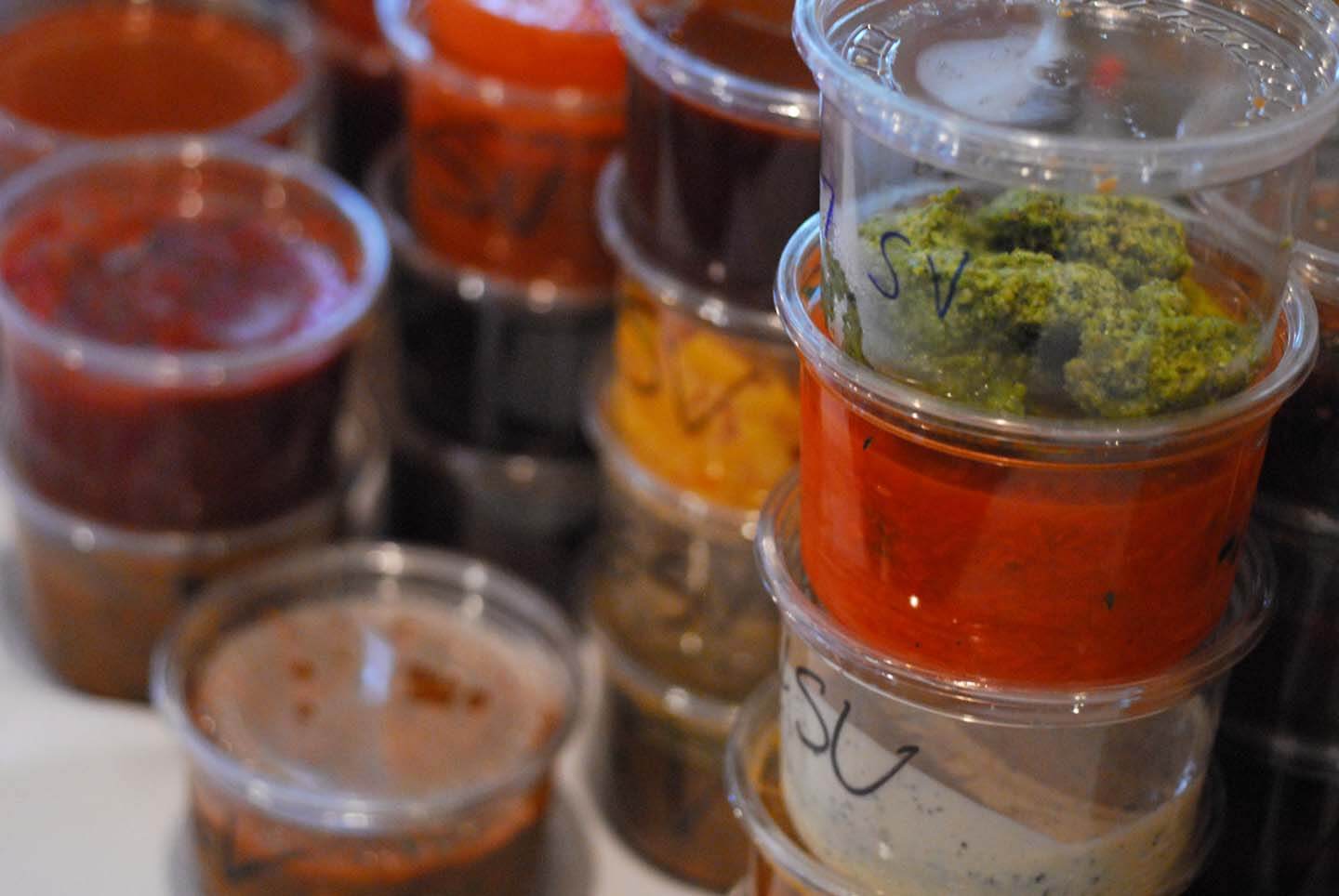 After a couple of hours of non-stop eating, Robb Walsh—the festival’s founder and head judge—made an announcement: the end was near. Placed before us were the last few salsas of the day. Eating these was bittersweet. I had enjoyed spending the past couple of hours with my fellow judges, and while my jaw was starting to ache from all the chip chomping, I was sad to see the judging conclude. But hopefully I can do this again—the preliminary judges are an excellent bunch of people to hang out with and I made some new friends. I’m going to be back in Austin for a wedding in November, so I hope to see y’all again real soon!

I’ve gone on long enough, so I’ll talk about my trip to the farm next time. But for now, I’ll leave you with my recipe for tomatillo salsa. It’s a standard preparation that I’ve adapted from Stephan Pyles and Diana Kennedy, and it’s great with tortilla chips or drenched over enchiladas, chicken, fish, or pork. When judging the green salsas, we tasted one that reminded me of this and one of my fellow judges said, “I know this salsa! It’s the best!” I admitted that mine tasted similar and that I’d share the recipe. Enjoy!