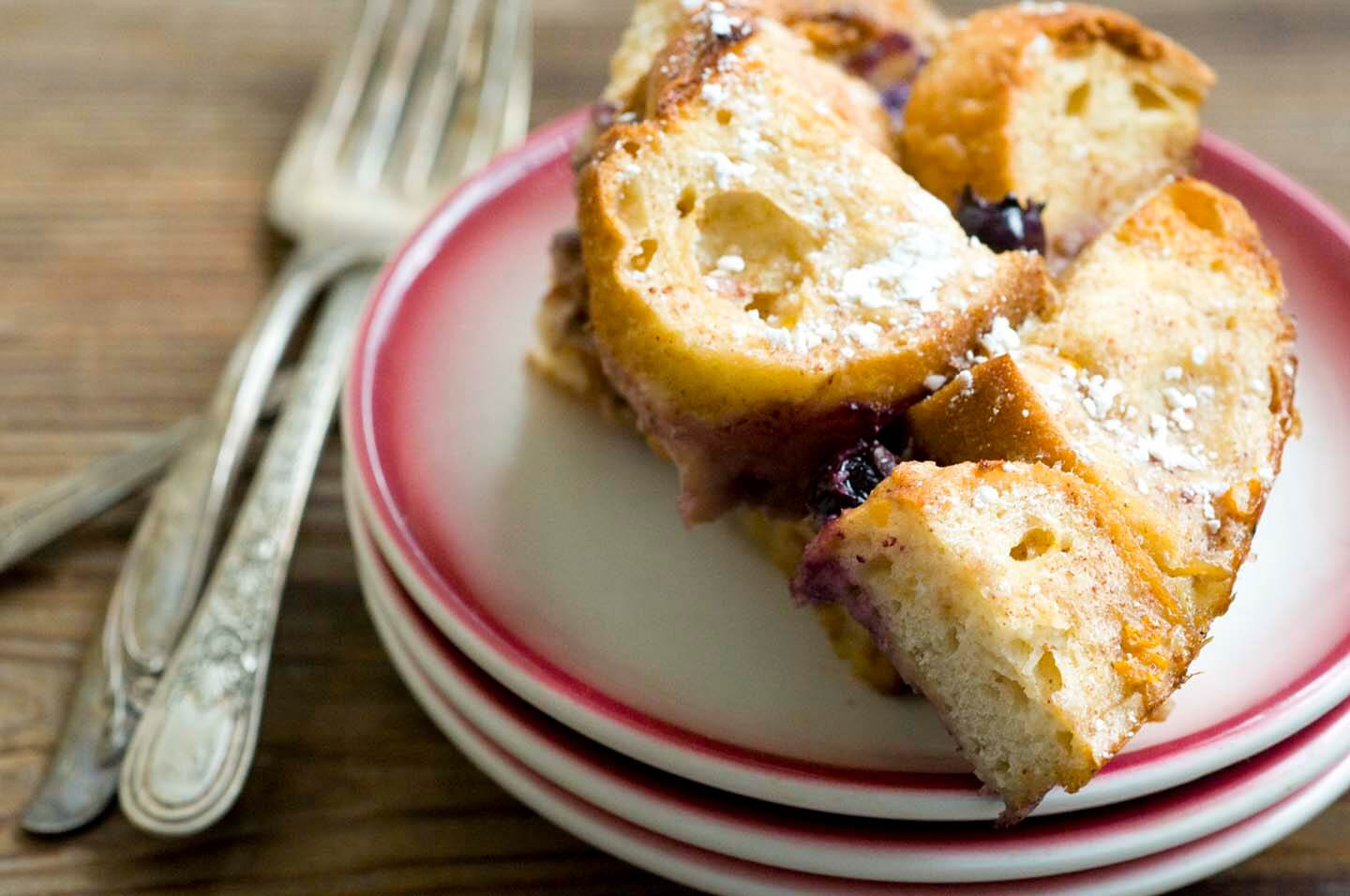 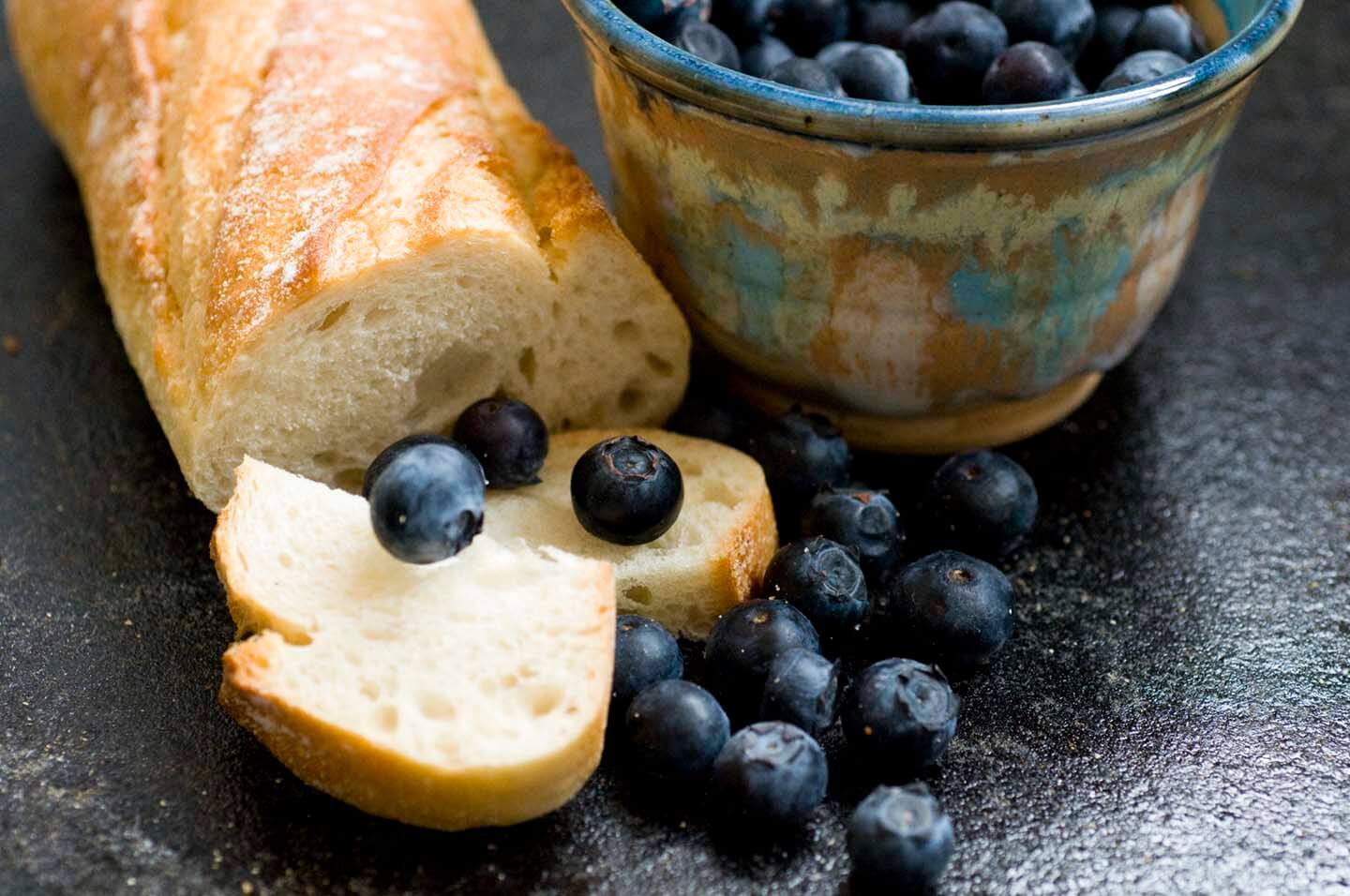 My grandma likes to say that I take simple things and make them all complicated. If that’s true, then she will not be surprised that I’ve taken my dad’s simple yet elegant dish and embellished it a bit. Much like regular French toast, French toast casserole is comprised of cooked bread that’s been soaked in eggs and milk. But instead of being pan fried, it’s baked. The inclusion of orange juice, fresh blueberries and spicy sausage also breathes life into this French toast casserole. 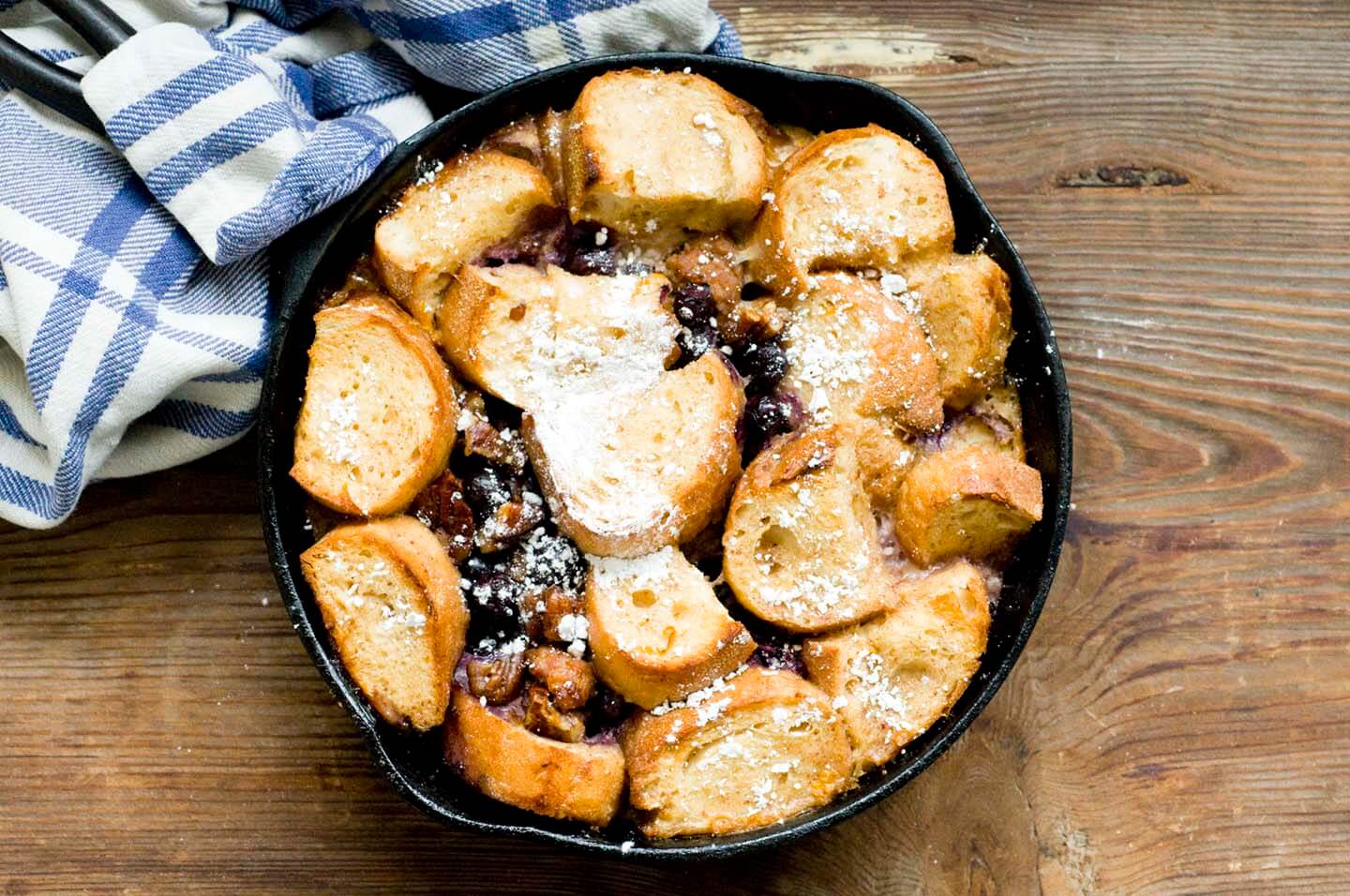