Sometimes I can be reminded of home in the most unlikely places. For instance, last week I visited the Museum of Modern Art’s new Rene Magritte exhibit. Houston’s Menil Collection has a large number of his paintings and had donated some works to the show. As I walked through the galleries, it made me smile to see art I associate with home, and I felt Texas pride to see Houston so well represented in New York City.

After I saw the exhibit, I grabbed a bite to eat at The Modern, a restaurant at the museum. It’s German-inspired cuisine, and on the menu is a tarte flambée, which is an Alsatian baked flatbread that’s been smothered in bacon, onions, and a creamy sauce. It’s basically a bacon and onion pizza. Who wouldn’t love that? And while it’s not fussy, it’s still incredibly luscious and rich. It’s a favorite of mine, and it’s a rare trip to the museum that I don’t make the time to stop into the restaurant and order one. 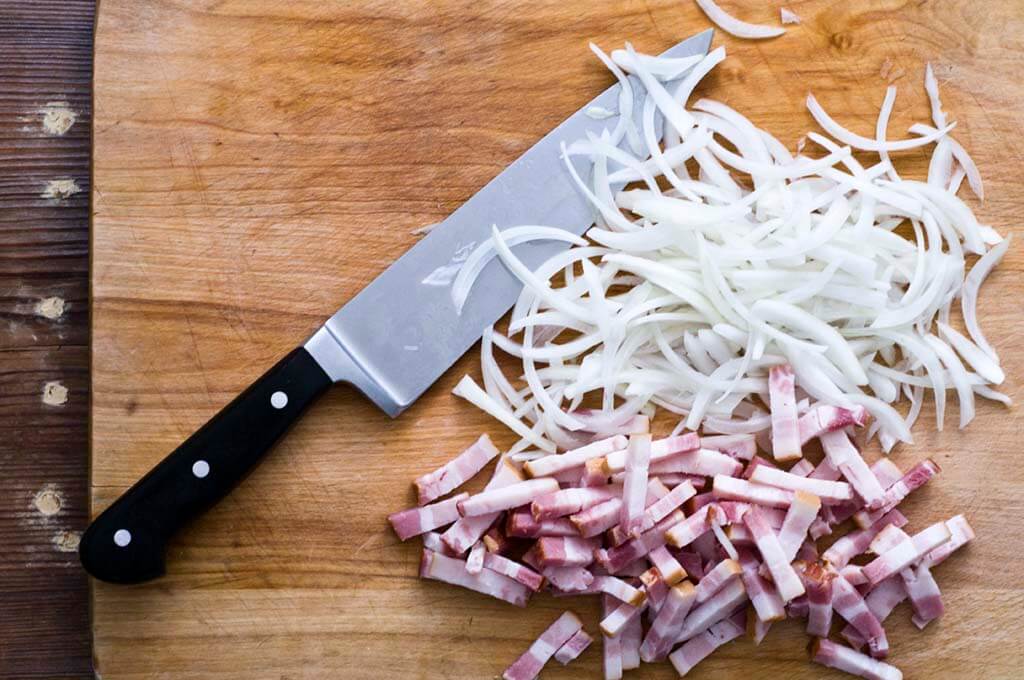 Now tarte flambée, which in Germany is known as flammkuchen, isn’t obviously Texan, but it also reminded me of home. See, Texas has a rich German legacy, not to mention in Central Texas there is also a community of folks from the Alsace region, an area in Eastern France that falls along the border of Germany and Switzerland. So an Alsatian tart is more connected to Texas than you might originally suppose.

I always thought making tarte flambée would be complicated, but after reading a recipe in Luisa Weiss’s delightful memoir “My Berlin Kitchen,” I was shocked at how easy it could be. Yes, you do make a dough using yeast, but don’t be scared of that if you’ve never done it before; the hardest part about yeast dough is being patient as it rises. After that’s done, then you simply spread crème fraiche on the rolled-out crust and then top that with large handfuls of sliced bacon and onions. Slide it in the oven, wait a few minutes, and you’re done.

Traditionally a tarte flambée is only topped with bacon and onions, but I figured as long I was paying homage to Central Texas I might as well add some jalapeños, too. I doubt anyone will mind, though of course feel free to not use them if you want to keep it classic. 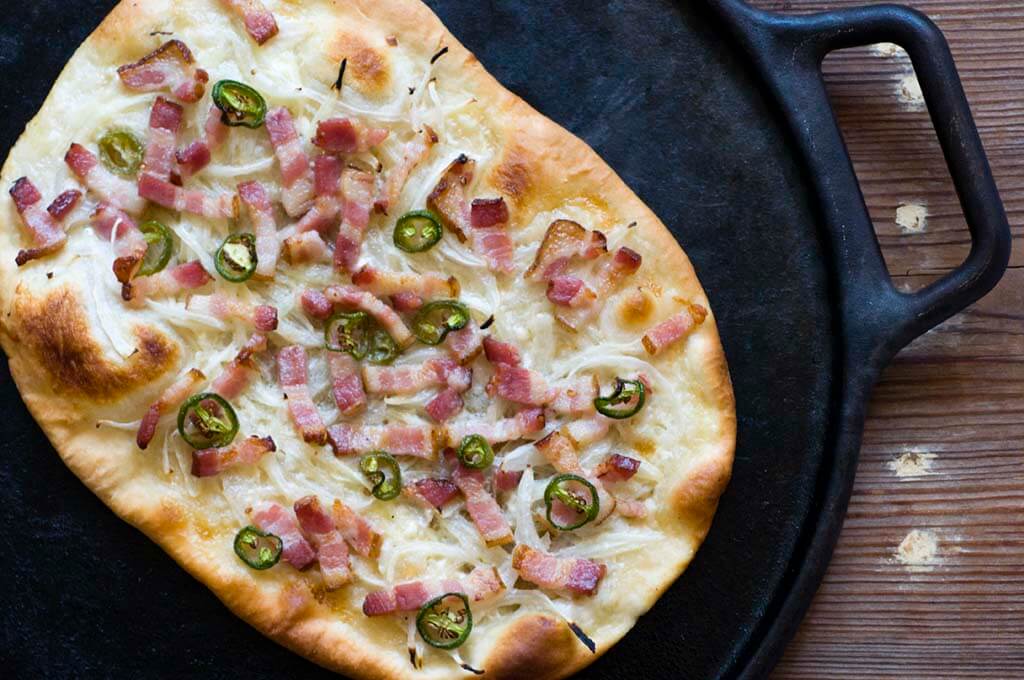 It’s terrific to serve as a snack when you’re watching the game, though it also makes for a fine main course. (And if you’re like me, you’ll find it’s perfectly acceptable for breakfast, too.) That said no matter when you enjoy this tarte flambée with bacon and jalapeños, I believe everyone will agree that slices of this creamy, smoky, savory tart makes for good eating. And who knows, it might even remind you of home.

Tarte flambée with bacon and jalapeños

Crème fraiche can be found in many grocery stores in the dairy section, usually next to creamy container cheeses such as mascarpone. If you can’t find it, you can either substitute 1 cup sour cream mixed with 2 tablespoons of heavy cream, or make you own. To make you own crème fraiche, mix together 1 cup heavy cream with 2 tablespoons buttermilk. Cover and then leave it unrefrigerated for 8 hours up to 24 hours or until thickened. Once it’s become thick, store it in the refrigerator until ready to use.