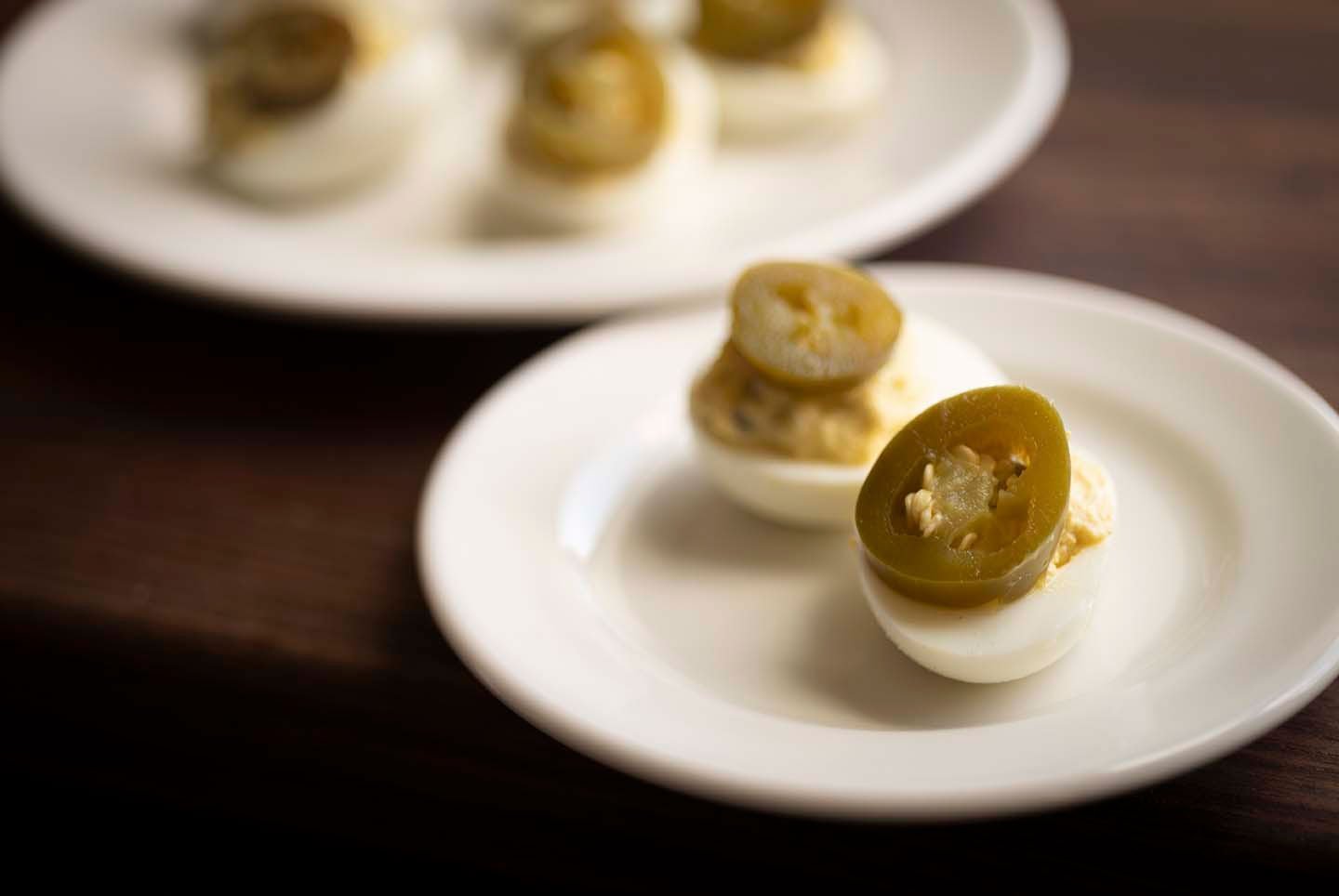 A reader once wrote and asked: “My concern is deviled egg recipes that don’t contain vinegar, including yours. My mom taught me that to be deviled, the yolk mix must contain vinegar. Several times lately I’ve argued my point. Have I entered the twilight zone?”

In my reply, I said that my philosophy is anything tangy and acidic works. My family has always fallen in the mustard camp when it comes to deviled eggs, though vinegar, lemon, or lime juice would also get the job done. I then asked where his mom was from, curious if the preference for vinegar over mustard was regional.

It turned out his mom was a Dallas native who grew up in Houston. And the family recipe had come from a German ancestor who’d lived in Galveston. Taking these geographical clues in hand, I began to investigate.

While I didn’t see a vinegar trend in North Texas, when I set my sights on Southeast Texan historical newspapers and cookbooks, I hit vinegar deviled-egg gold. There were several recipes from Houston beginning in the early 1900s, and I found ones from Beaumont, too. 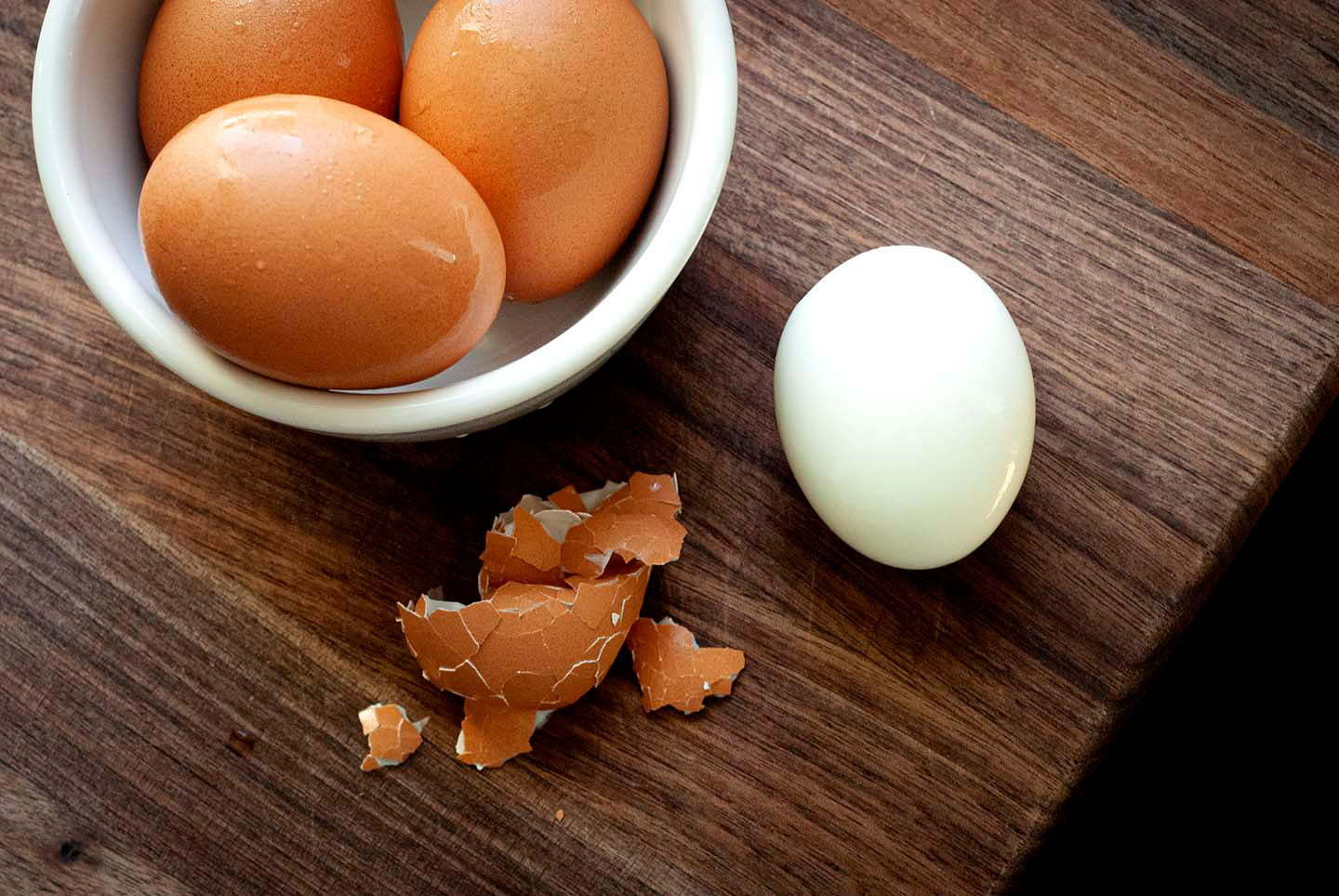 Considering German cuisine’s penchant for adding vinegar to dishes, I wasn’t surprised to see current German stuffed-egg recipes using vinegar. Likewise, in an Appalachian cookbook, an area where Germans also settled, there was a vinegar deviled egg recipe, as well.

Though oddly, I didn’t find any vinegar deviled egg recipes from the Hill Country of Texas, which was unusual as many Germans had settled there.

A 1915 La Grange newspaper article, however, advised that pickle juice was the best way to add zest to one’s deviled eggs. Since pickle juice is also largely vinegar, I decided to follow its lead when making my own version of vinegar deviled eggs.

First, I tried using dill pickle juice, but the flavor failed to impress. Someone suggested sweet pickles, but they’re not my preference either. Instead, my favorite pickles are hot and tangy pickled jalapeños. Inspired, I grabbed my ever-present jar from the refrigerator and continued with my research.

While I had seen vinegar deviled-egg recipes prepared with butter or olive oil, for the fat component in mine, I decided to stick with my family’s tradition of mixing in mayonnaise.

But all past practices ended there, and I veered from the usual by spooning in some of the pickled jalapeño juice, along with a few shakes of ground cumin, garlic powder, celery salt, and cayenne. For more heat and flavor, I chopped up some pickled jalapeños and added those as well 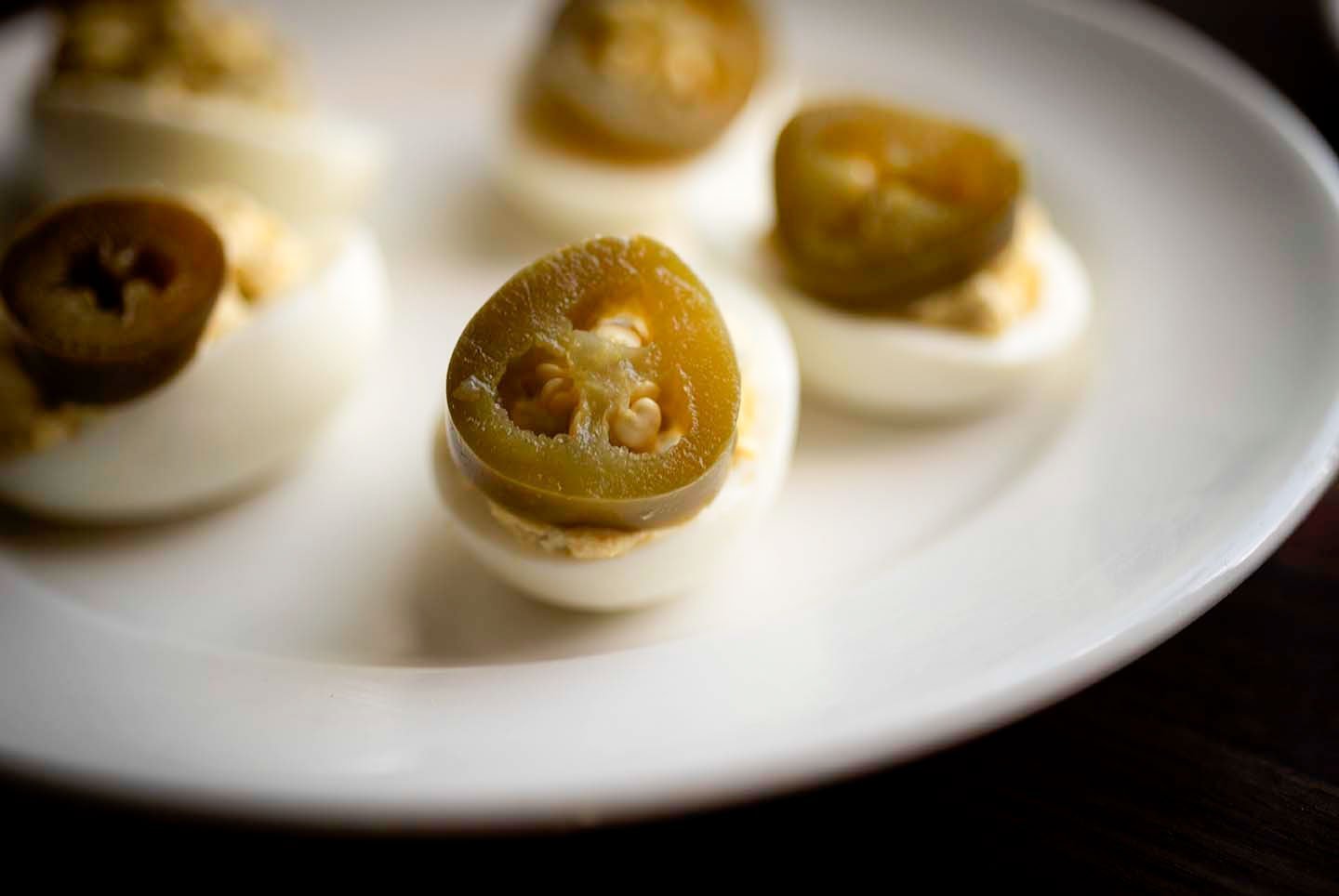 The blend was creamy and tangy with a kick. Satisfied, I stuffed the whites with the filling, then topped each with a pickled jalapeño slice to let everyone know what to expect. I loved each zesty bite, and I didn’t miss the mustard at all.