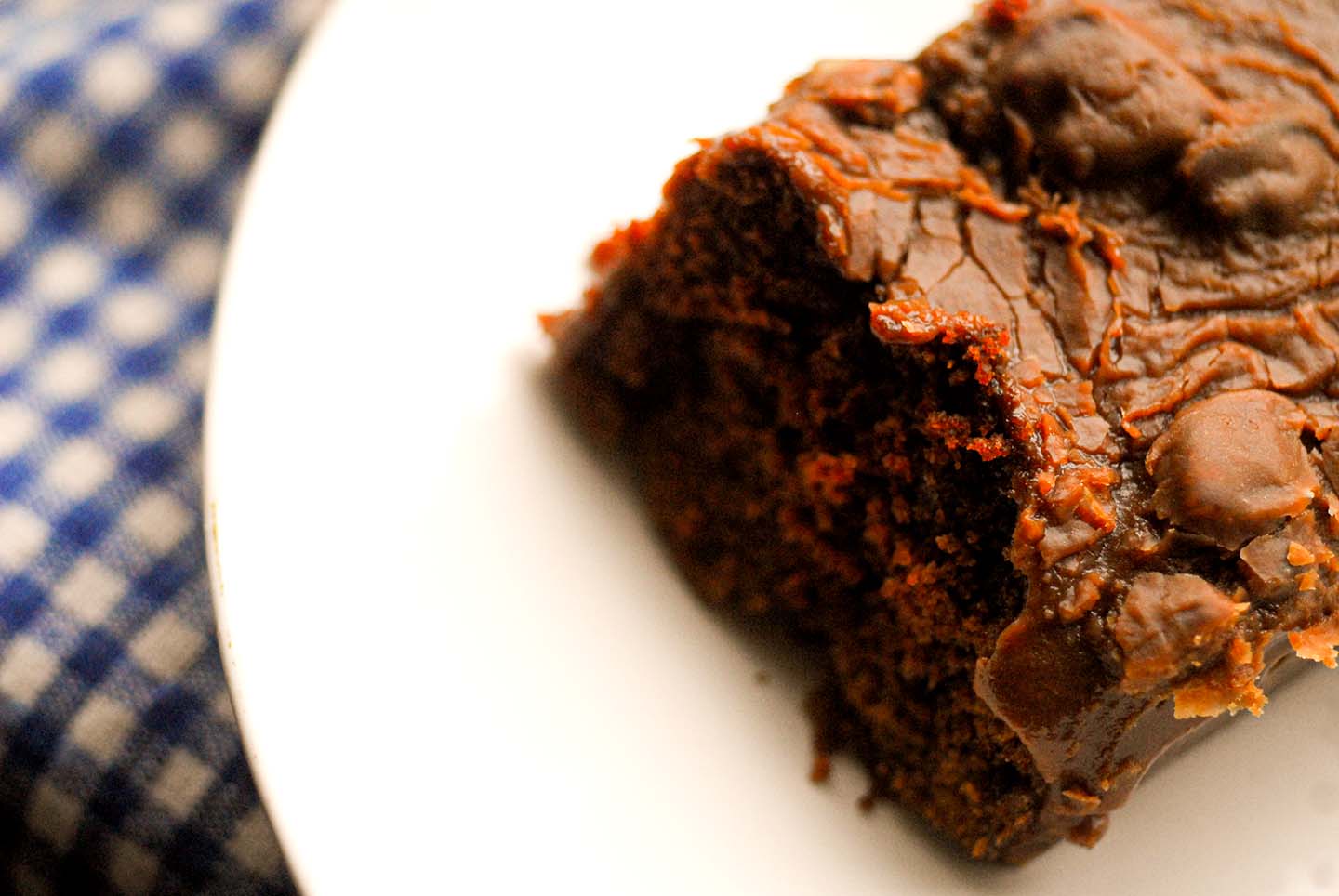 Now I don’t know if Texas sheet cake originated in Texas, but you’d be hard pressed to find a Texan who doesn’t serve this rectangular chocolaty dessert. It’s a mainstay at barbecues, pot-lucks, birthday parties, picnics, bake sales, or any event you need a portable sweet that can feed tons of people. 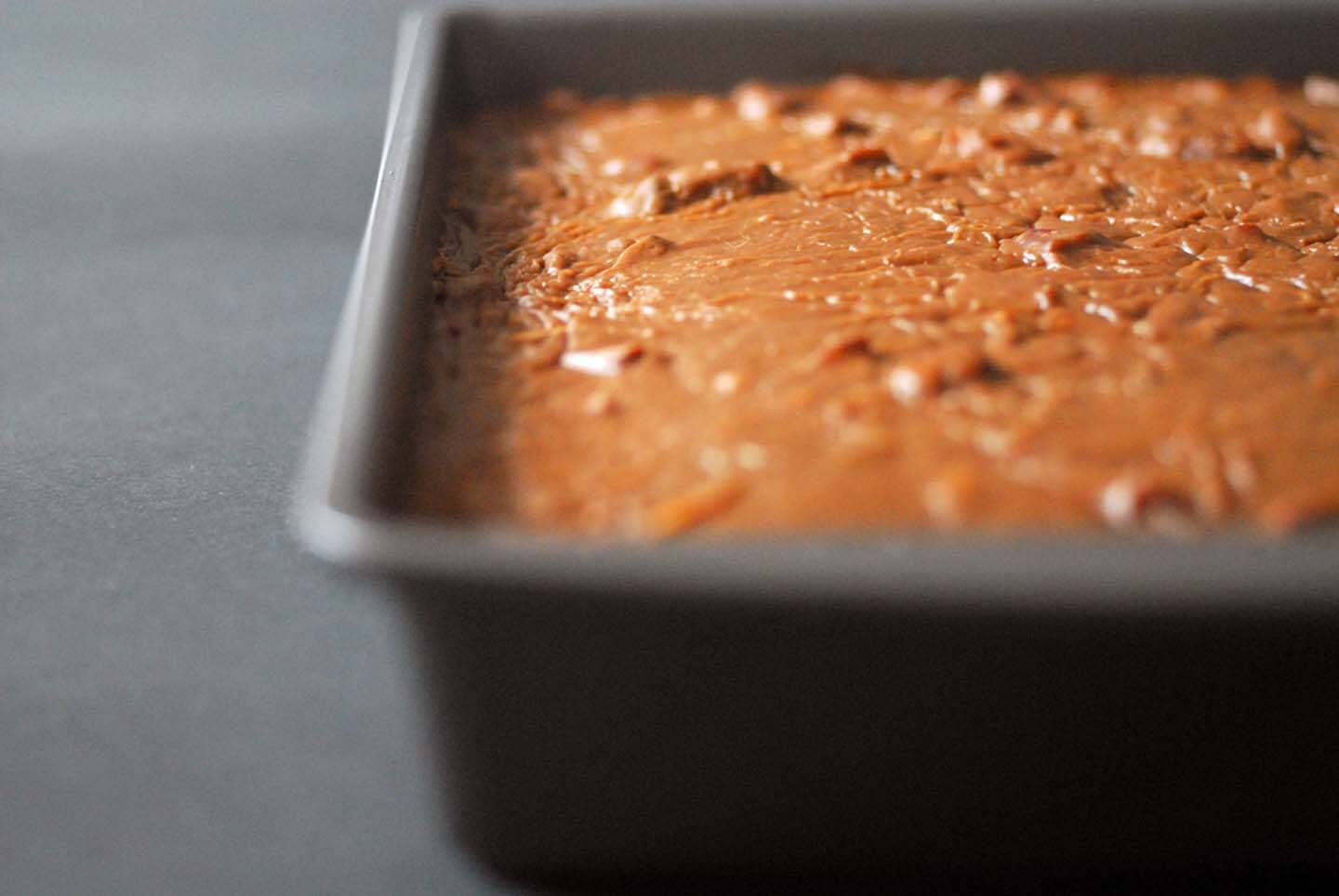 This moist, fine-crumbed cake is usually made with cocoa and buttermilk, but recipes vary in if they call for shortening, butter or, as the one in my possession, Oleo. (I’ve never even seen Oleo, but I think it’s margarine.) And one of the hallmarks of the cake is that the icing is always poured on right when you take the cake out of the oven, making for a slick, shiny and slightly runny topping. So depending on how fast you work, you can usually whip this up in under 40 minutes, which makes it perfect for those steamy summer days when you don’t want to spend too much time laboring in the kitchen. 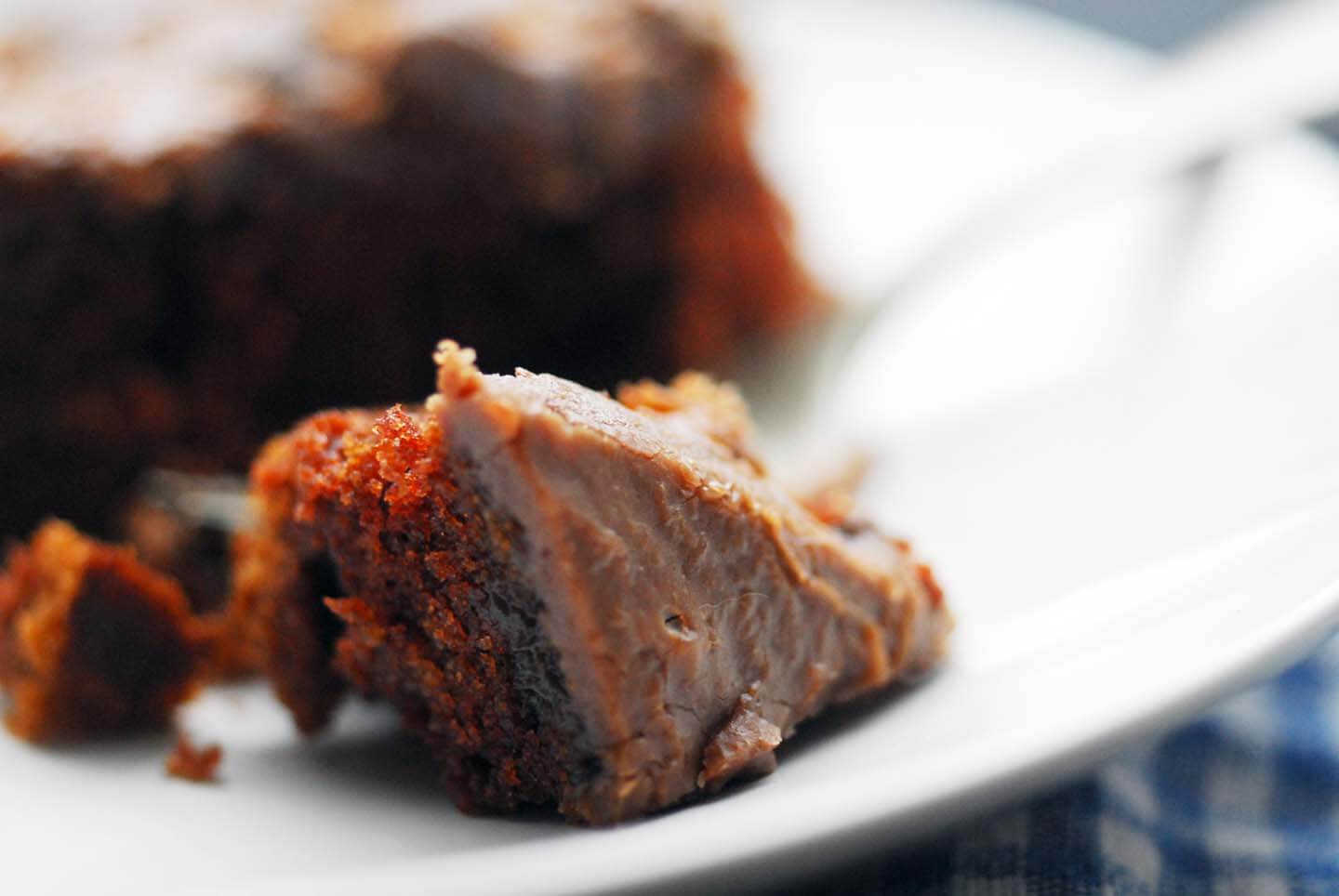 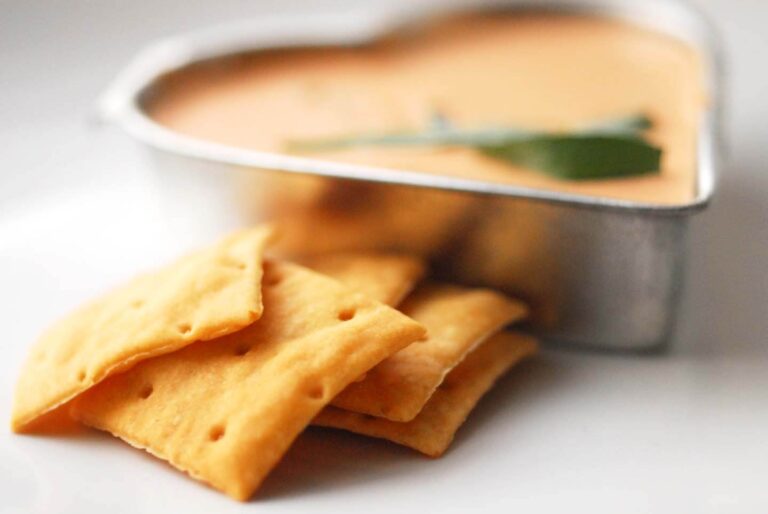 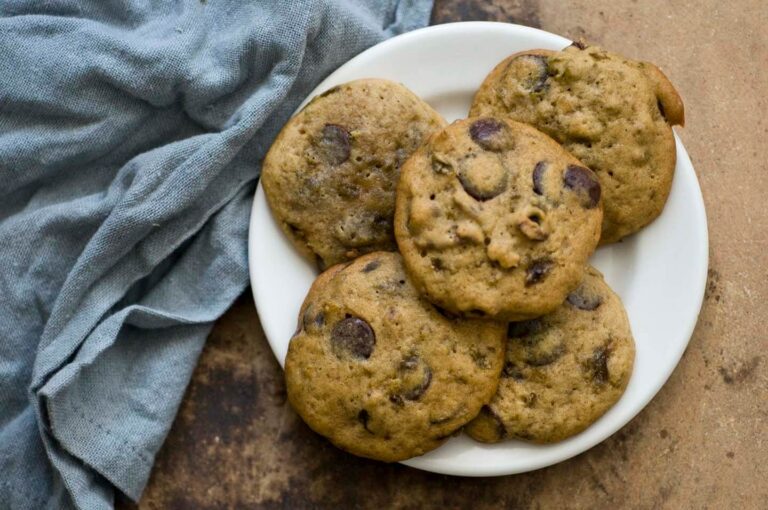 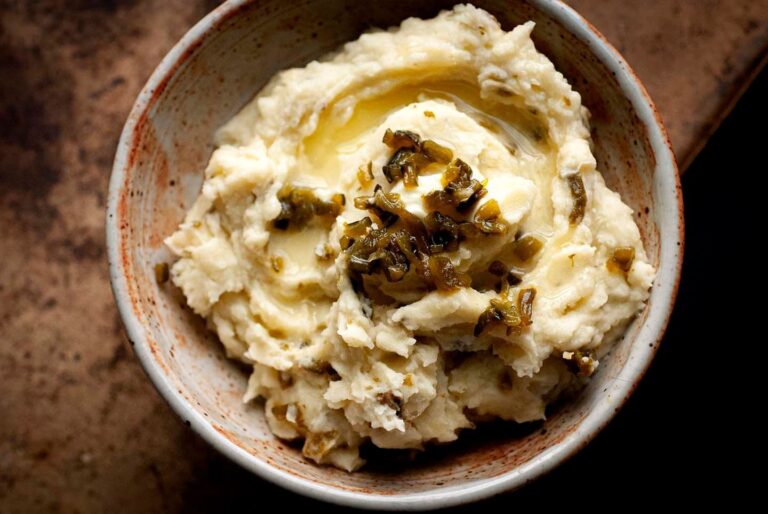 The first Thanksgiving that my brother attended with his new wife was a big occasion. They live in Oregon, and while she’d visited with our immediate family in Houston before,… 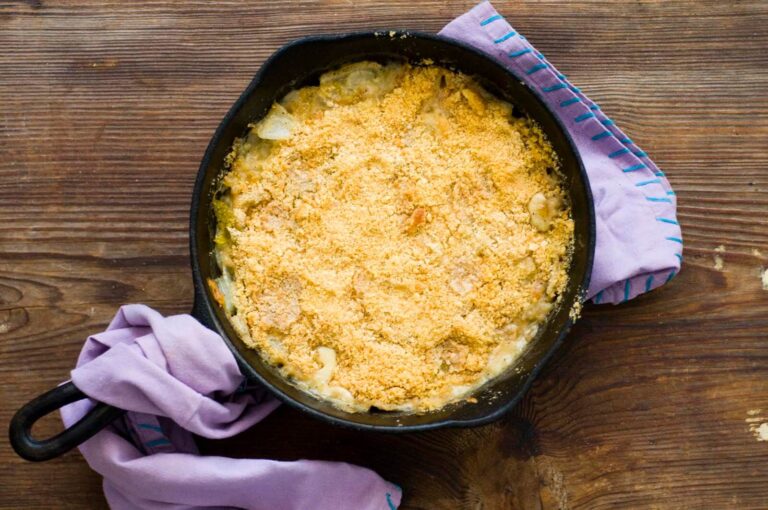 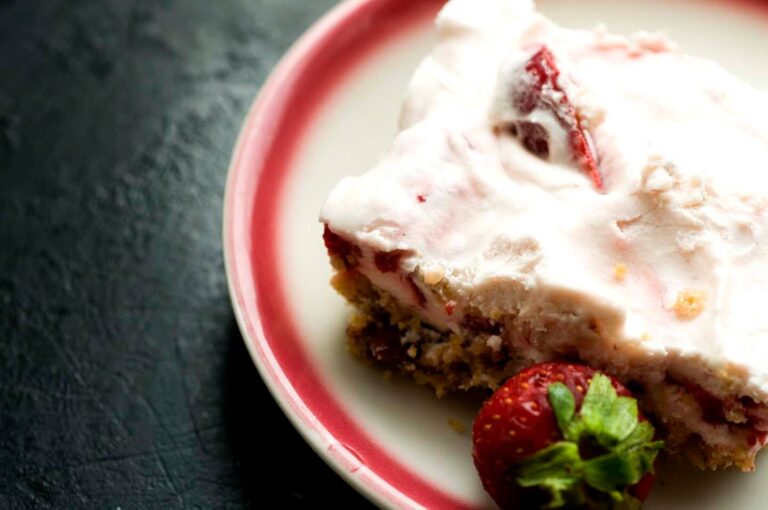 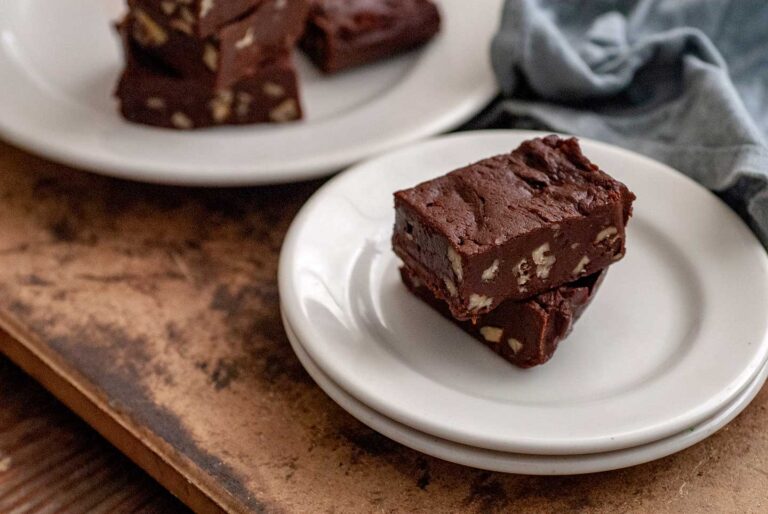