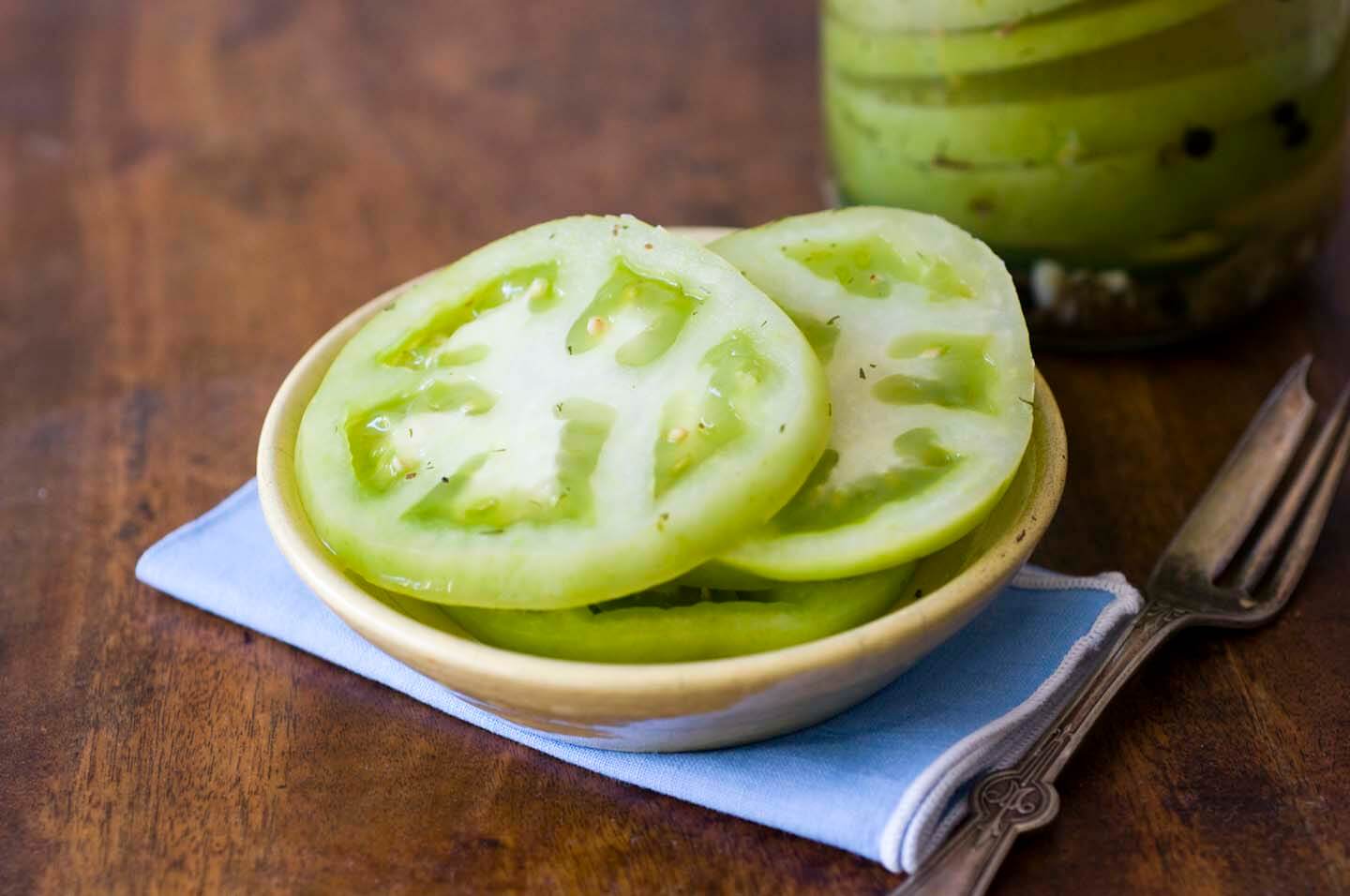 Green tomatoes are simply unripe tomatoes. Now that it’s the end of the tomato season and if you’re stuck with a bunch, I highly recommend these tangy, slightly spicy pickles. They go well on sandwiches, with barbecue, grilled meats, on hot dogs or simply straight out of the jar.