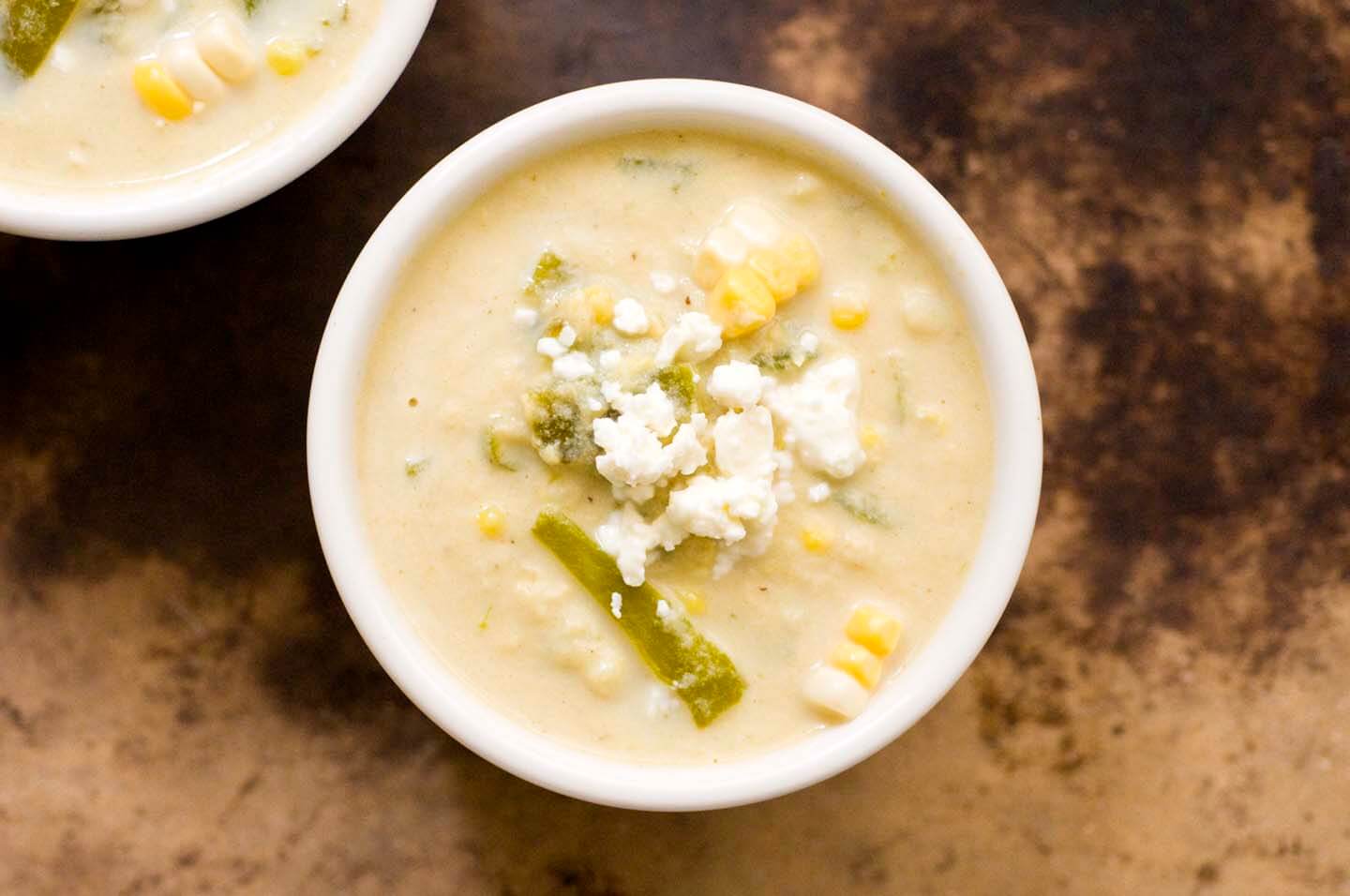 The legendary cookbook author Fannie Farmer once wrote that corn is not worth eating unless it’s August. I wholeheartedly agree and enjoy my fair share this time of year. If you’re like me, your kitchen has probably been covered in corn silk the past few days.

Most of the time, I’m content to simply broil it and then slap it with some cheese, chili powder, and mayonnaise and call it a day. Or sometimes, I may get a little more fancy and make a batch of jalapeño creamed corn. Lately, however, I’d been craving corn soup, so last week I set out to make one I could enjoy.

In search of inspiration, I spent some time leafing through my cookbooks. Most had at least one recipe to choose from with Diana Kennedy’s “The Cuisines of Mexico” offering three. Lest someone think that was excessive for one book, she wrote, “I make no excuses for including recipes for three corn soups.” Indeed. Though after browsing through all my books it turned out that the soup I sought could easily be done with an adaption of one of my own. 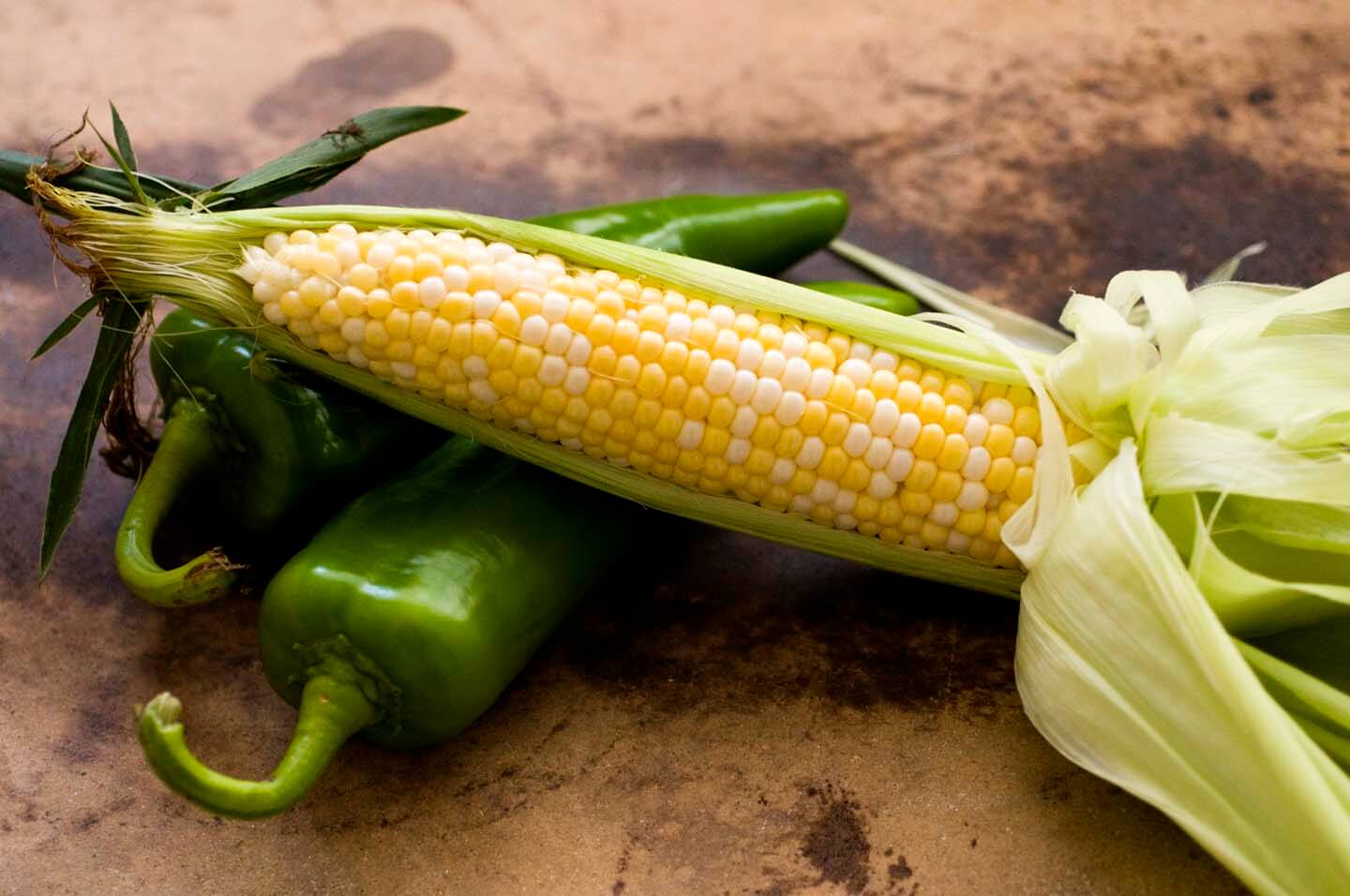 In my first cookbook, I have a corn soup made with bacon and jalapeños. It’s creamy, smoky, and rich, and many of you have told me that it’s one of your favorites. While I also agree that it’s very good, I wanted to give it more of a Tex-Mex flair and turn it into something new.

My first change was to use corn broth in the soup. If you’re not familiar with this, it’s simply a quick broth made with corncobs and aromatics. When you have fresh corn, after you’re removed the kernels the cob still holds a lot of flavor and starch. It would be a waste not to extract every last bit of this, as the cob not only lends flavor to the final soup but also helps thicken it as well. If you can stand the extra heat, making a batch of corn broth is well worth the effort. 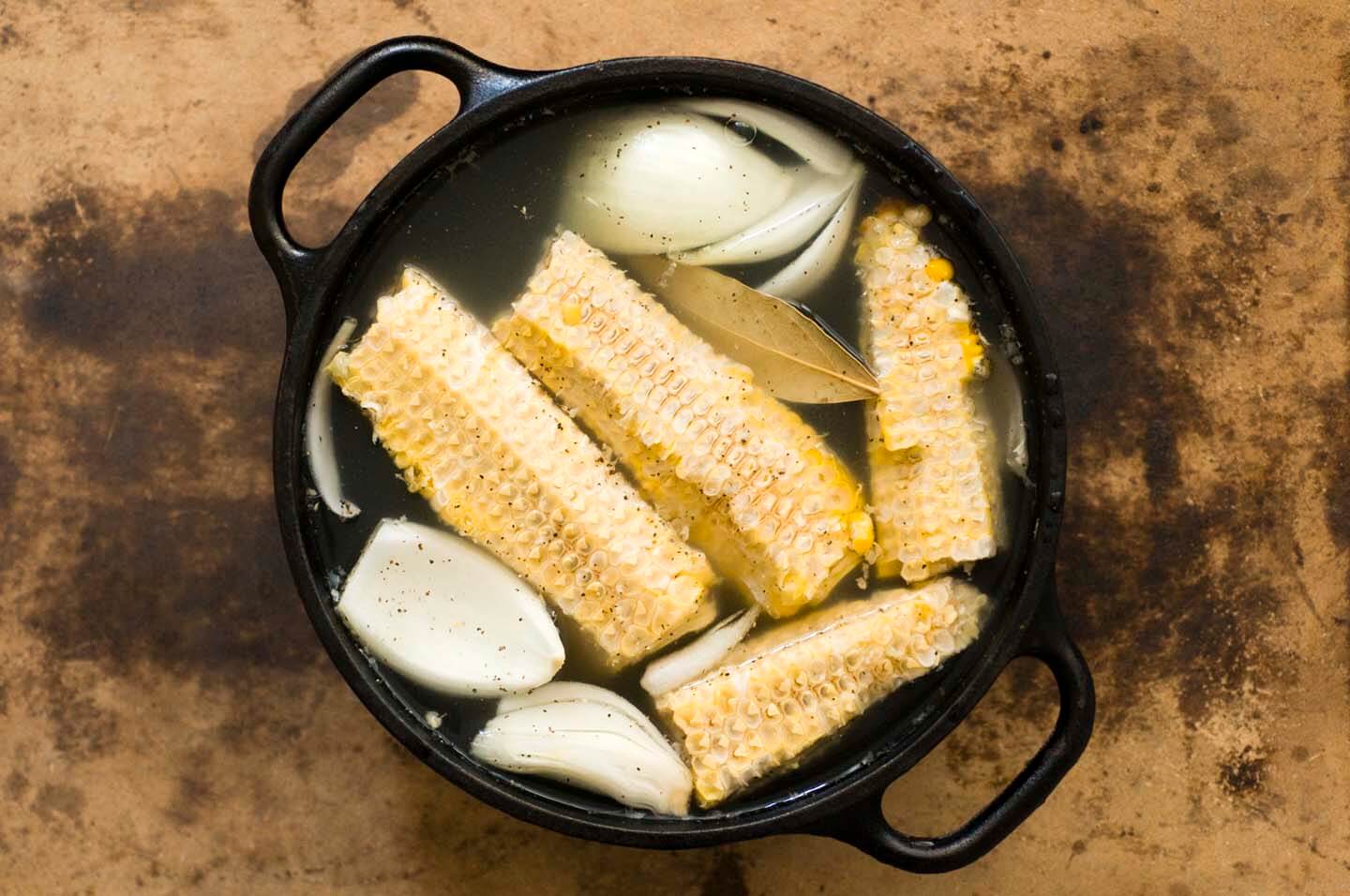 Second, if you’re in Texas, then you are probably aware that it’s Hatch chile time. To celebrate, I wanted to use flavorful long green chiles in my soup instead of fiery jalapeños. I also took out the bacon, which does make a fine addition to corn soup, but it can quickly dominate and I wanted the soup to have a more pure corn flavor. For tang, I added a quick pour of buttermilk to the pot. And lastly, I topped each bowl with crumbles of queso fresco. In short, my new soup tasted like Mexican street corn had become more relaxed, fluid, and free.

This corn and green chile soup is wonderful on its own, as it’s rather filling with all the corn kernels and green chiles swimming in the creamy broth. You can also serve it alongside a quesadilla for a Tex-Mex take on soup and grilled cheese. A salad on the side works, too. And if you have a big appetite, throwing in some fish, shrimp, or cooked chicken to the pot will easily turn the soup into a hearty one-pot meal. 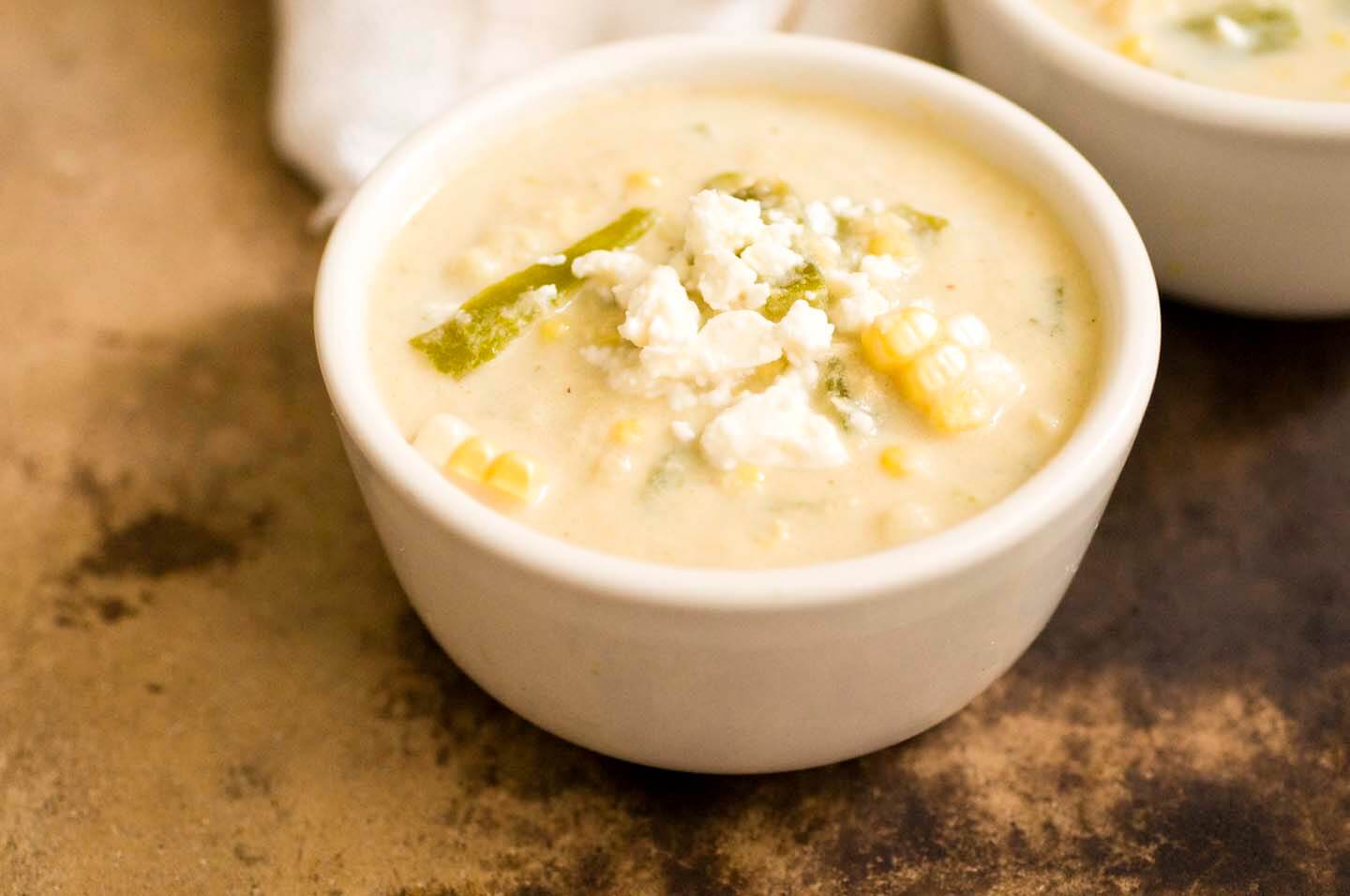 Either way you serve it, however, I think you will agree this corn and green chile soup is late summer in a bowl. And since it’s August and busy days will be here soon enough, my plan is to savor the season for as long as I can.

Ingredients for the corn broth: