For warm-weather gatherings, some like to grill burgers, while others smoke briskets. But for as long as I can remember, my mom’s side of my family has made batches of fried chicken their summertime main dish of choice.

This tradition harkens back to their farming roots. While there were cattle at my grandma’s homestead in Melissa, they were used mainly for dairy. For dinner, it was the chickens that were served instead.

Indeed, one of my favorite recipes is my great-grandma’s method for fried chicken. When my grandma shared it with me, the first step was to go out into the yard and find a chicken. It doesn’t get more basic than that!

And because her fried chicken was shared on the Fourth of July the year that my grandparents were married on July 5th, it has been associated with Independence Day ever since.

Now, my great-grandmother’s recipe not only involved a fresh chicken but also used lard for the frying oil. A cold-water brine helped the meat stay juicy, and it was coated with flour that was simply spiced with pepper and salt. This is one traditional way to prepare fried chicken in Texas. That said, I learned of others that bread their birds in crushed saltines. We’ve been known to do that, too, such as with these fried chicken livers. But even though I’m prone to experiment with my fried chicken, such as with this Vietnamese style or this Indian style, I hadn’t used crackers yet and wanted to give them a try.

At first, after crushing the saltines I tried dredging the meat without any liquid adhesive, but the crackers didn’t stick very well. Next I used an egg wash, which greatly improved matters of adhesion, but it still wasn’t perfect. Something was lacking in taste.

As I was working through my method, the name “Firecracker fried chicken” popped into my mind. There’s a spiced cracker recipe known as firecrackers, which takes saltines and seasons them with powdered ranch dressing, herbs, spices, and red pepper, much like seasoned oyster crackers.

Using that as my foundation, I brined my chicken in buttermilk seasoned with salt, pepper, and cayenne to not only make it more tender but also to give it some flavor. After it had rested, I coated it in flour and then dipped the pieces in an egg and buttermilk wash.

The final coating was finely crushed saltines, which I seasoned with garlic, dill, oregano, lemon pepper, and cayenne. The idea was that all the ingredients, from the brine to the cracker coating, would make this chicken reminiscent of firecrackers, thus living up to its name. Indeed, the cracker crust not only adhered, but the generous shake of spices gave it a tangy kick. There was fire and there were crackers, and a new fried chicken tradition for Independence Day was now born.

It’s best to use a thermometer when making fried chicken to ensure accuracy, but if you don’t have one, you can test the oil temperature for readiness after 5 minutes of heating by sticking a wooden spoon into it. If the oil bubbles around the spoon, then it’s ready. Keep a close watch on the oil to make sure it doesn’t get too hot! 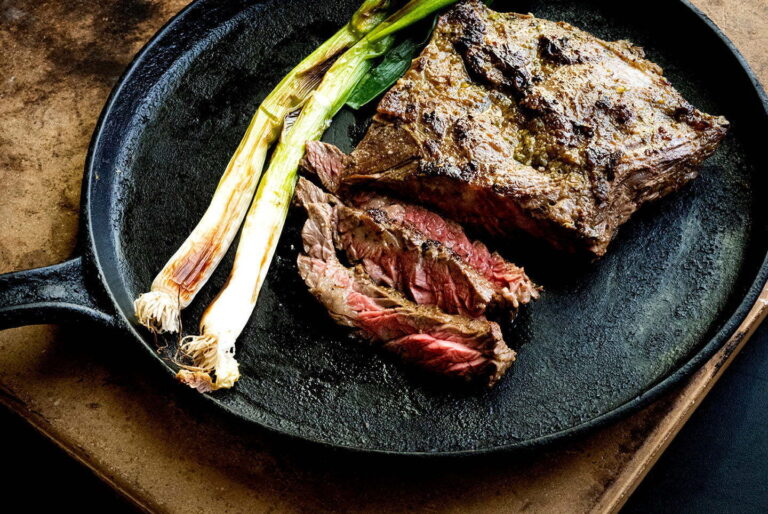 The first time I recall having brisket, it wasn’t the smoked hunk of beef that many people associate with Texas. No, instead it was an oven brisket prepared by my…