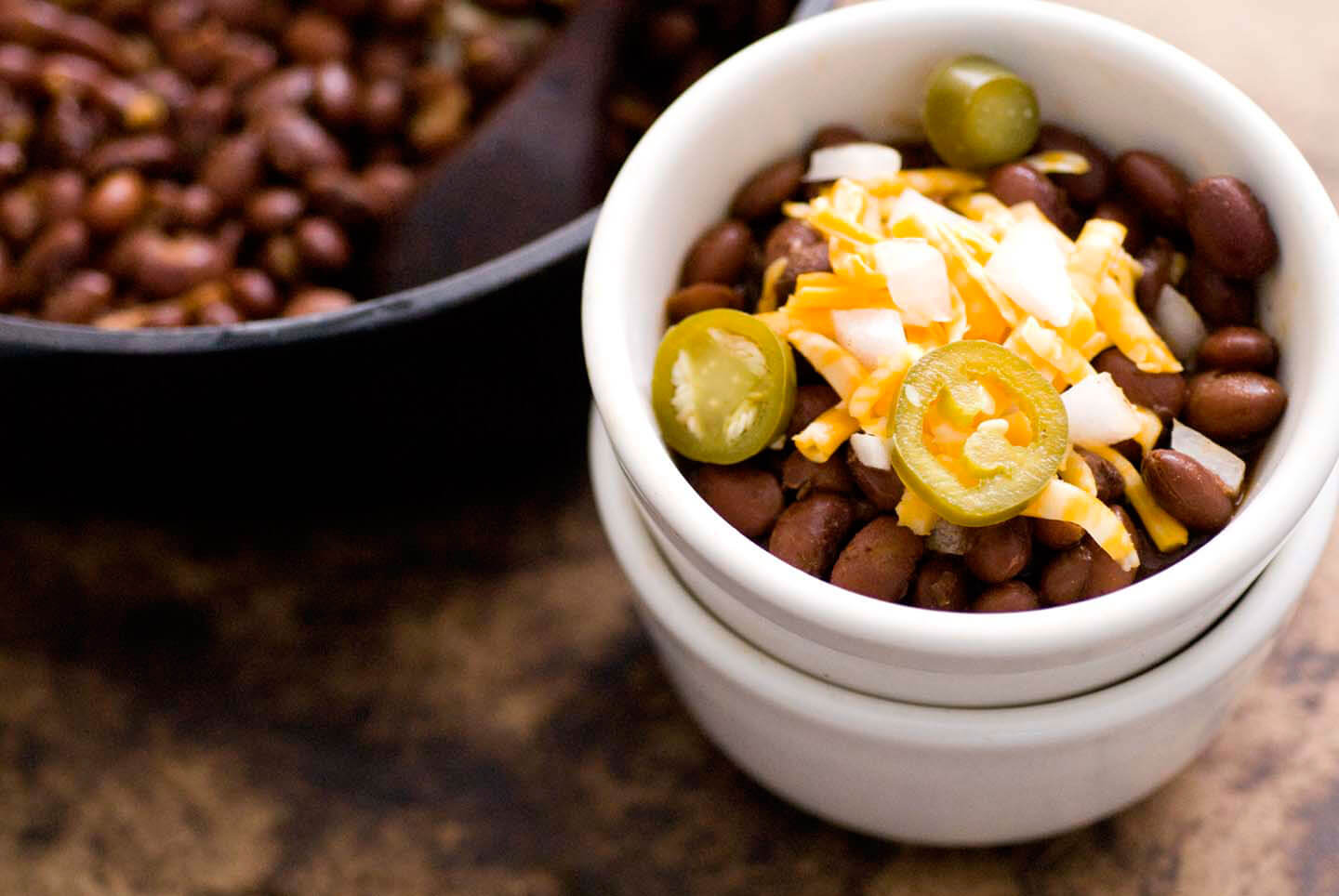 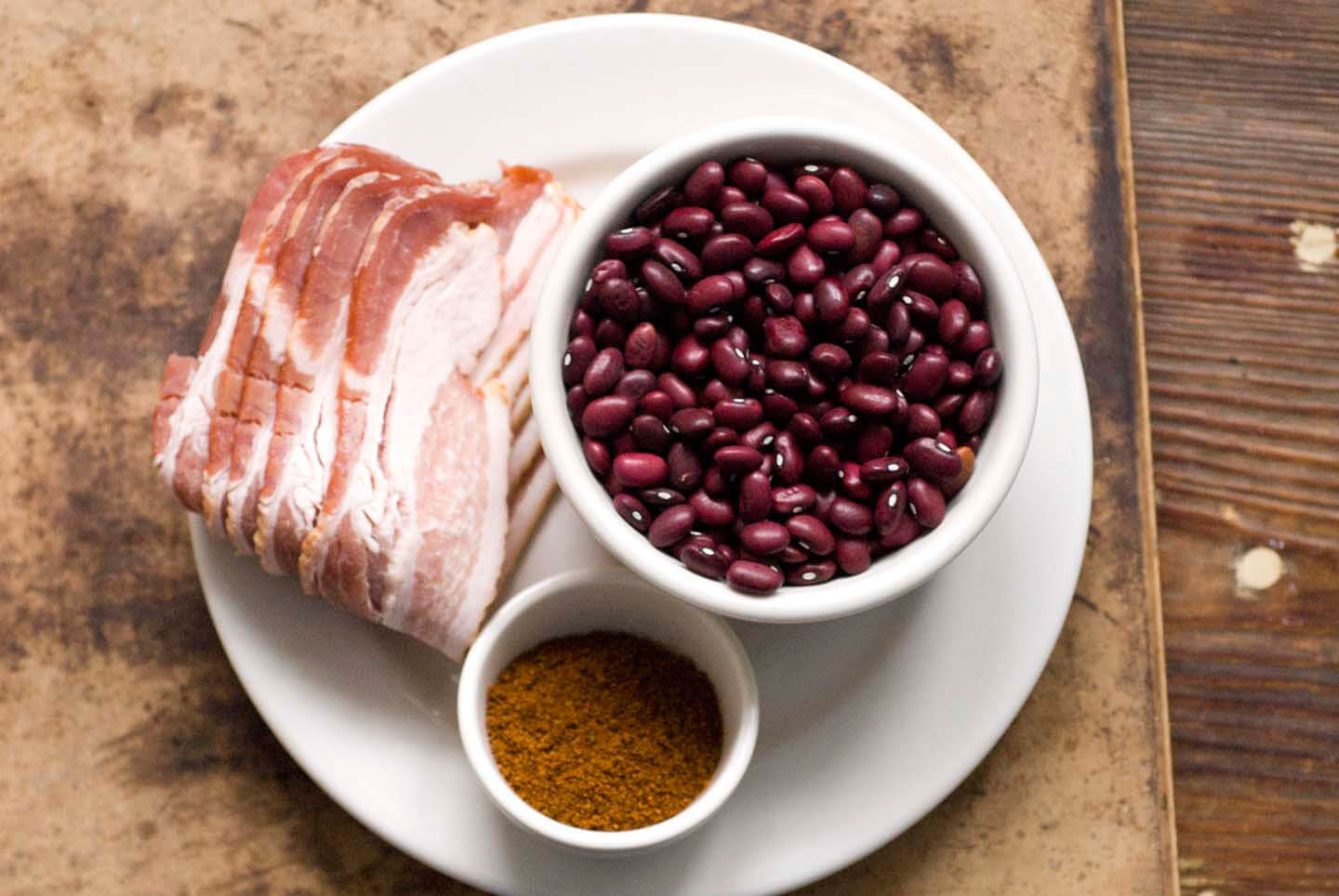 Now, the question I had was how to prepare them? There were a few recipes for chili beans out there, with different styles based on region. For instance, in New Mexico, the chili beans are made with New Mexican chiles, as you would expect. In Louisiana, ground beef was added to the mix. And for the recipes I found in Texas, an abundant scoop of chili powder was included, along with meat such as bacon. 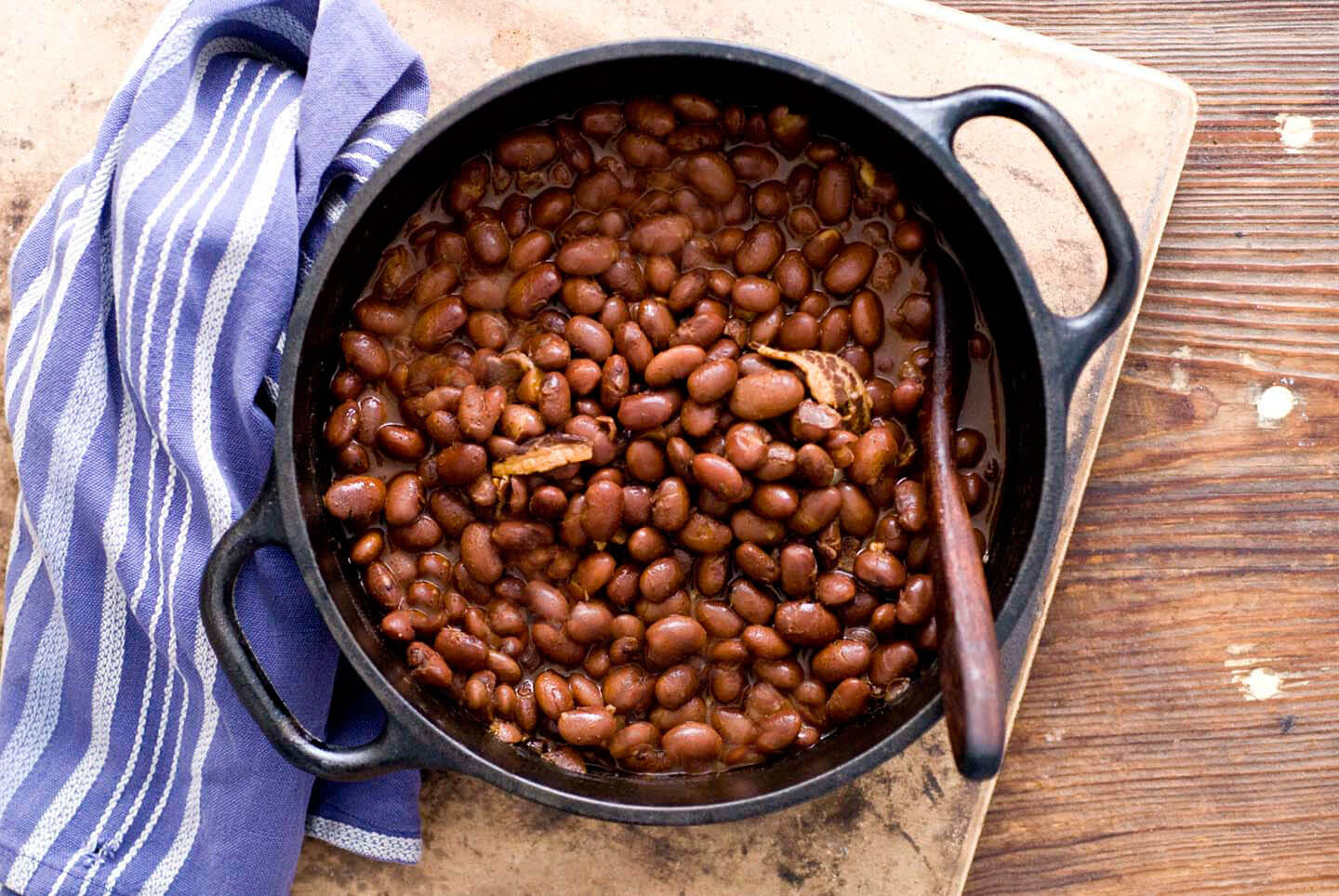 I cooked the beans with aromatics, the chile powders, and bacon until tender. The flavor was familiar, much like ranch style beans, or these barbecue beans, but I did find that the little red beans were a bit meatier than pintos, despite their smaller size. While the beans would make a fine side dish, I opted instead to serve them as a main, topped with shredded cheese, jalapeños, and onions as I would a bowl of meat chili, as chili is a Texan birthright and these beans are a clue to our past.