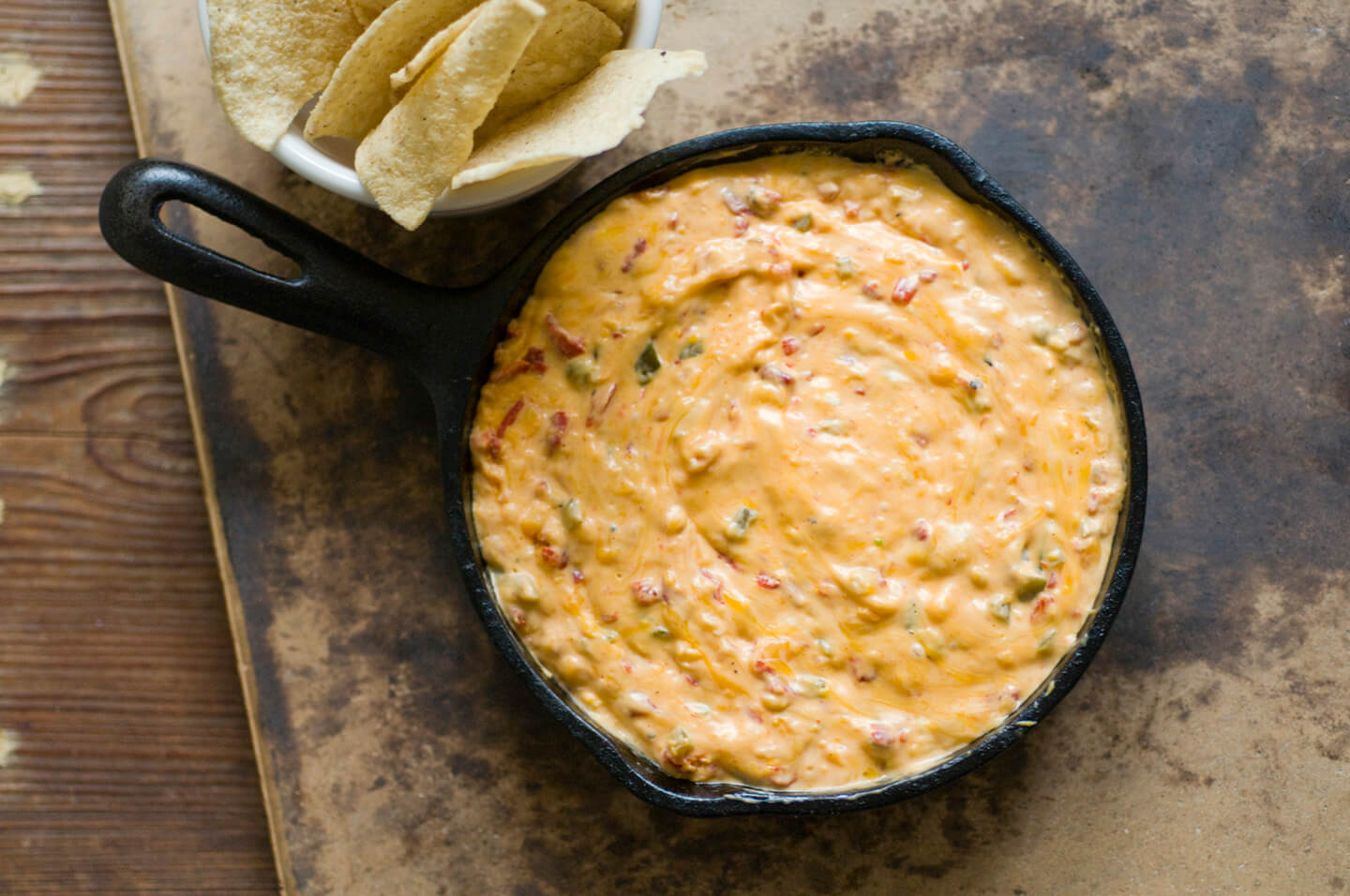 To mark the Super Bowl each year, I like to prepare dishes that reflect each team. This year’s players are from Colorado and North Carolina, so I pondered making Denver omelets, ham biscuits, or pulled pork sandwiches for the game, but none of those really called out to me. Since it’s also the fiftieth anniversary of the Super Bowl, for inspiration I looked towards the past.

First, I called my grandma and asked her if she remembered the first Super Bowl. “If the Cowboys weren’t playing then I probably didn’t watch it,” she said with a laugh. So I studied Texas newspapers and cookbooks from the late 1960s to see what was considered appropriate party food at that time.

Chile con queso was already a popular snack, as were nachos. A variety of dips were also present at most gatherings—with onion, cottage cheese, bacon almond, shrimp, and clam dips getting the most attention. I also read about unique concoctions such as liver and onion dip and bologna ka-bobs, but for some reason those are no longer in style. 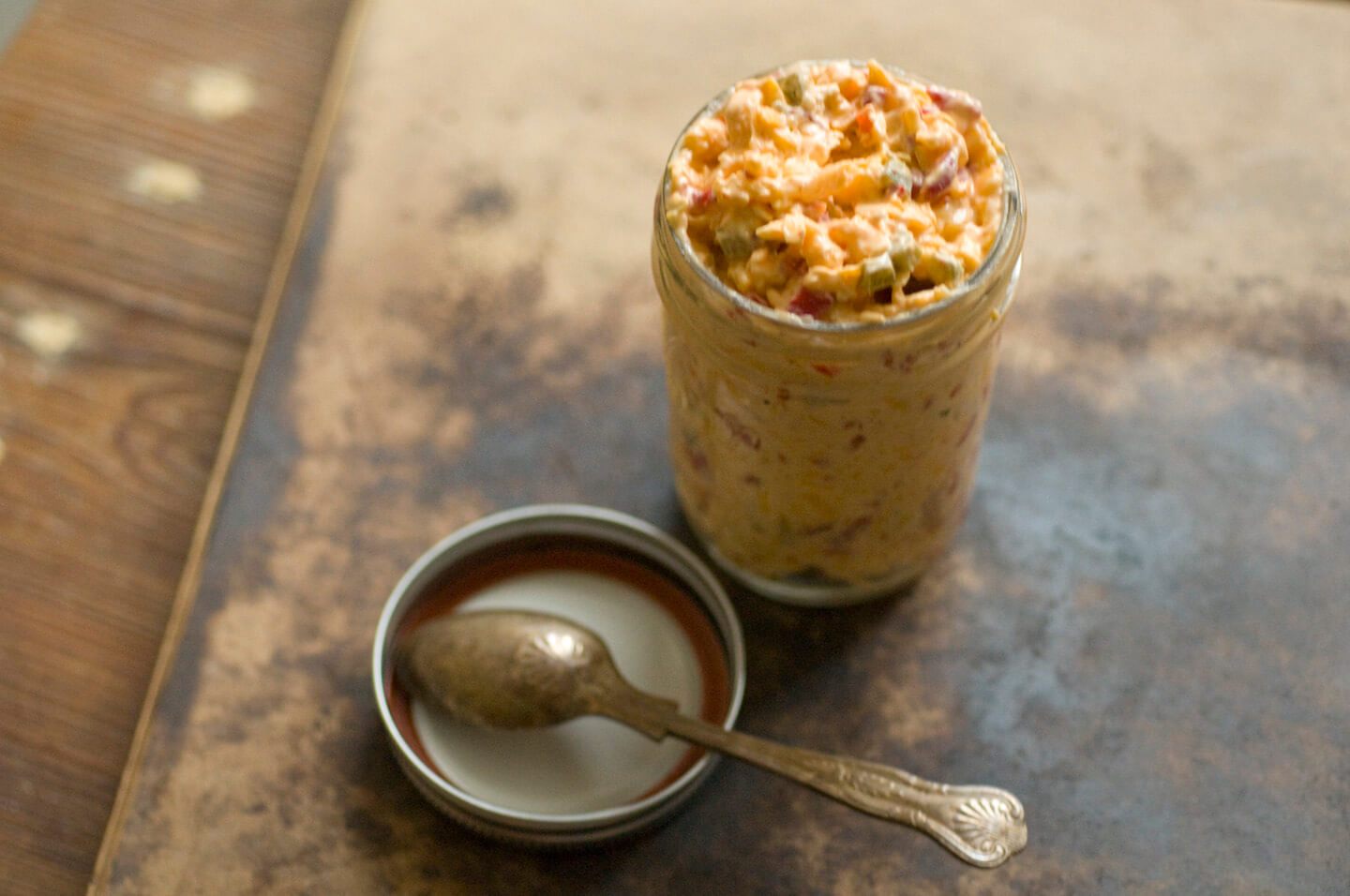 To ensure my baked pimento cheese would cook evenly and not turn into a puddle of grease, I took a lead from my New Year’s Day queso compuesto and went with cream cheese as the binding ingredient instead of mayonnaise. For the pimentos, I used the jarred variety, as their unique quality is particular to the dish.

To steer the pimento cheese even more to the Tex-Mex side, I swapped in Colby-Jack cheese for the usual cheddar. For heat and tang, I threw in some pickled jalapeños and jalapeño pickle juice. And even though the cream cheese did an excellent job of holding everything together, I folded in a couple of spoonfuls of mayonnaise, as it is traditional, after all. 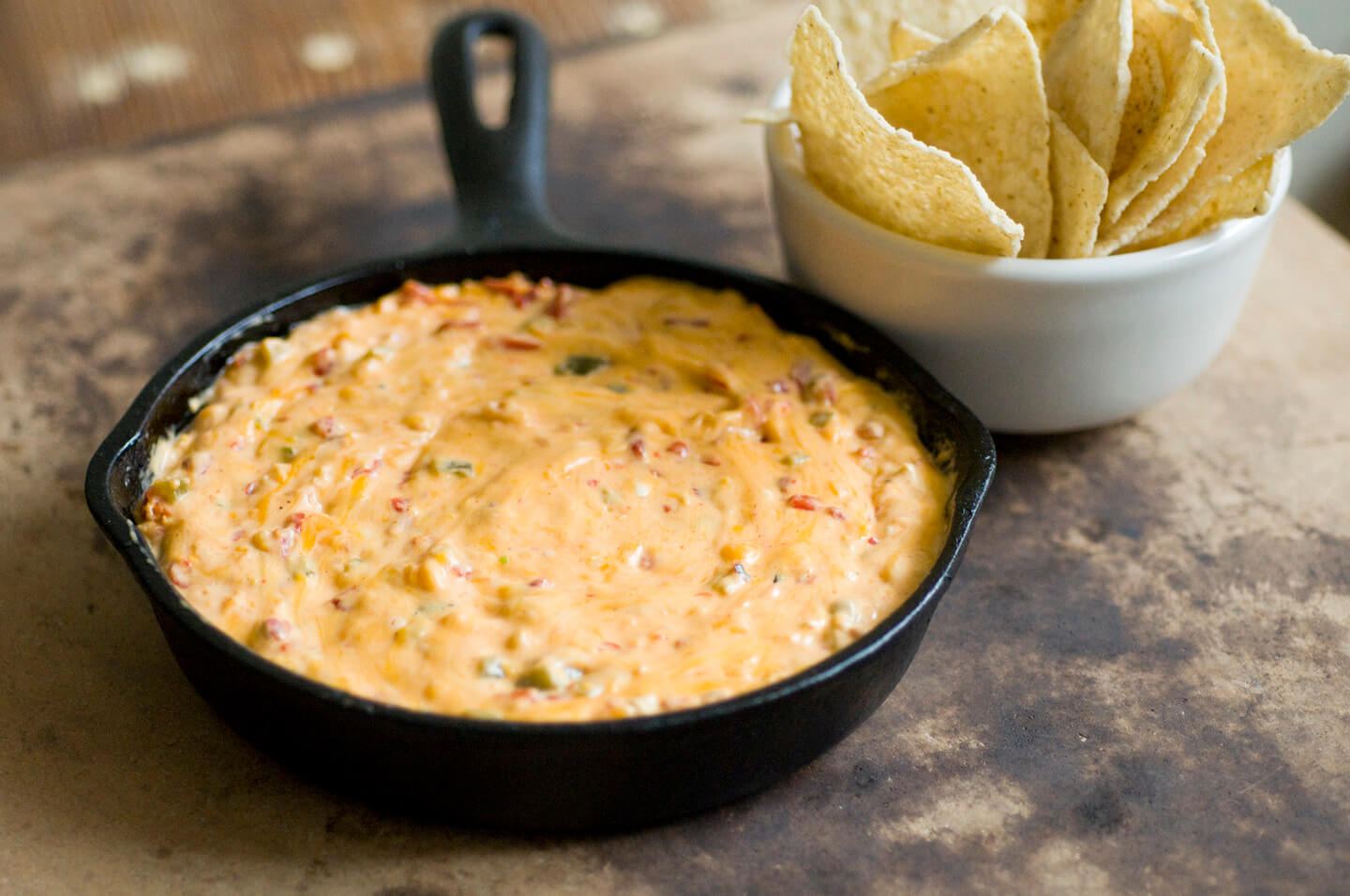 The pimento cheese tasted fine as it was and could easily be served cold. But I had my heart set on something warm and yielding, so I scooped it into a skillet and slipped it into the oven. After a few minutes, it emerged from the heat victorious. It was creamy, spicy, and a perfect match for tortilla chips. Indeed, chile con queso’s Southern cousin had arrived!